A photo leak has surfaced allegedly showing Huawei's president using a phone with a dual rear camera setup. While there's no confirmation, reports say it could be the Chinese company's upcoming P9 flagship. 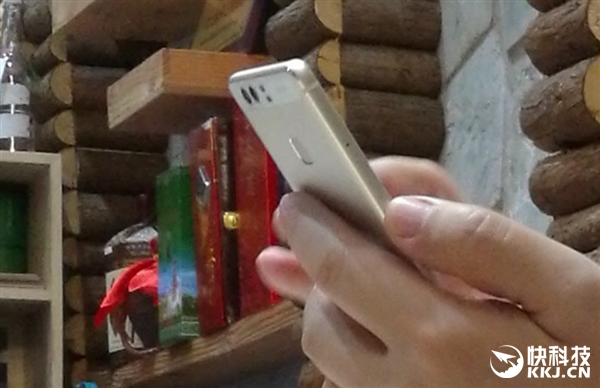 If you compare, the unit shown in the images above does look quite similar to the one that was leaked earlier this month (shown below).

In case you don't already know, the P9 flagship - which has been the subject of several leaks and rumors over the past few weeks - is set to be unveiled on April 6. The first official teaser of the handset was also recently outed, confirming the dual camera setup.

As for the specs, rumors say the P9 is powered by a Kirin 950 chipset and sports a 5.2-inch 1080p screen. It has 3GB RAM and 32GB internal memory. In terms of camera, the phone features a a 5MP front shooter and a 12MP dual rear camera setup with support for OIS. It runs Android 6.0 Marshmallow with EMUI, and packs in a 3,000mAh battery.

Nevertheless, neither should exist...

maybe in the future there is no more sim..replaced with built in telco chip..thats what innovation..just think dude..

Actually, wouldn't you think it's better if you test yourself the experience you're going to provide to costumers so you could find bugs, issues with comfort, etc? Think more, read more, hate less.