Huawei has seeded its EMUI 10 to over 1 million devices but it was yet to deliver the new software to its foldable Mate X.

Now, that update is getting closer. Huawei has started a beta program for those that want to try out the unfinished EMUI 10 software on their Mate X. As this is a beta software, it's not exactly issue-free so you may not want to install it on your daily driver device.

However there are not likely that many Mate X' out in the wild. The device went on sale in China twice, selling out in an instant twice. And it's unlikely that we'll see the Huawei Mate X outside of China soon, if at all. 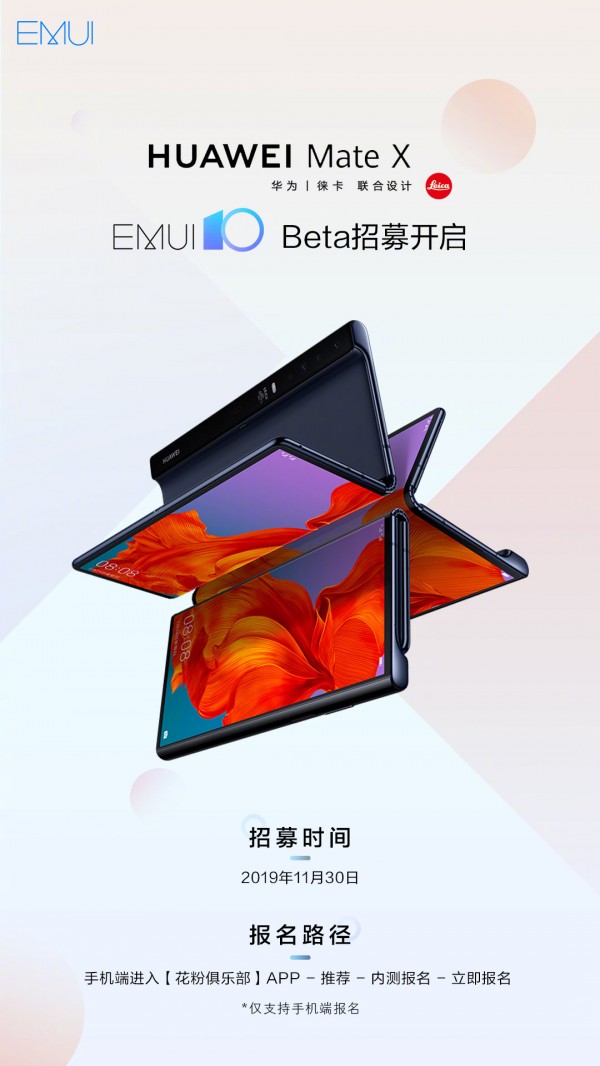 EMUI 10 for the Mate X is based on Android 10. It brings a cleaner UI, enhanced dark mode, better UI performance, better gestures, upgraded GPU Turbo and many more features.

razr with low end specs? no thank you

I have yet to see unboxing video of this said phone that had sold out TWICE. Neither have I seen tech news talking about it much. Unfinished EMUI, lol. This phone don't look like it have a future at all.