The Huawei Y7 Prime is an all plastic device, posing for a metal one, and doing it quite successfully. The shiny frame looks just like it's polished steel, but when you hold it in your hand, it lacks the cold touch real metal has. But that's the only tell-tale sign really! 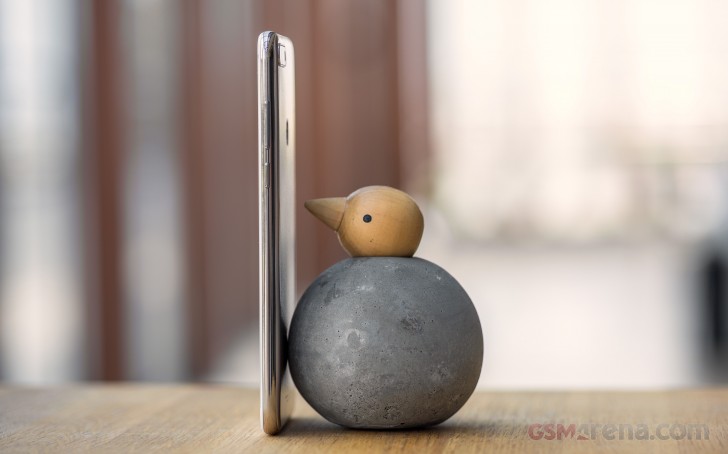 The power button is on the right with the volume rocker above it. Both have good travel and click nicely. The card slot is on the opposite side, and it's our favorite type - it takes two nano-SIMs and a microSD all at the same time, so no hybrid slot nonsense. 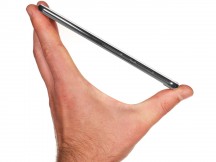 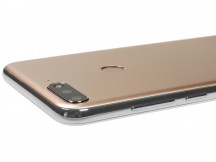 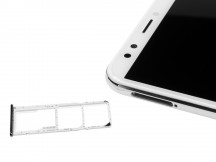 There's a lot going on on the bottom, but it's the usual stuff. We're not too excited about the micro USB port - it's about time we fully transition to USB-C. There is a 3.5mm jack, which is nice, but you'll need to provide your own headphones - there aren't any bundled (if you missed the unboxing section). The loudspeaker is behind the five larger holes, and the tinier primary mic opening is nearby. 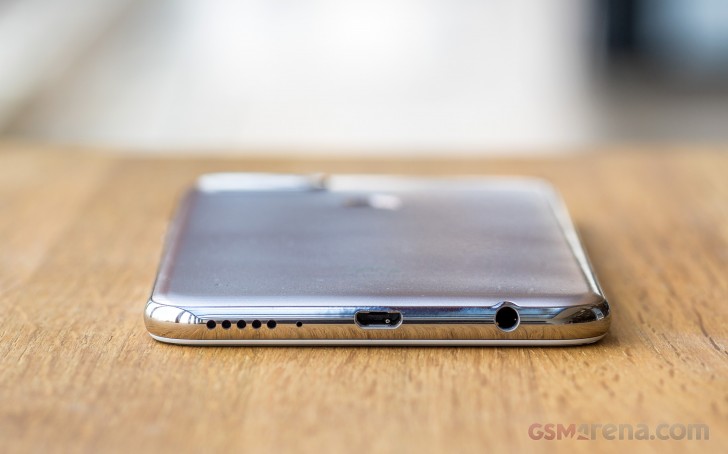 The rear panel is satin-finished and does really well in hiding whatever finger grease you introduce it to. At least on our Gold color version, that is - the darker Black and Blue variants could be more prone to smudging. 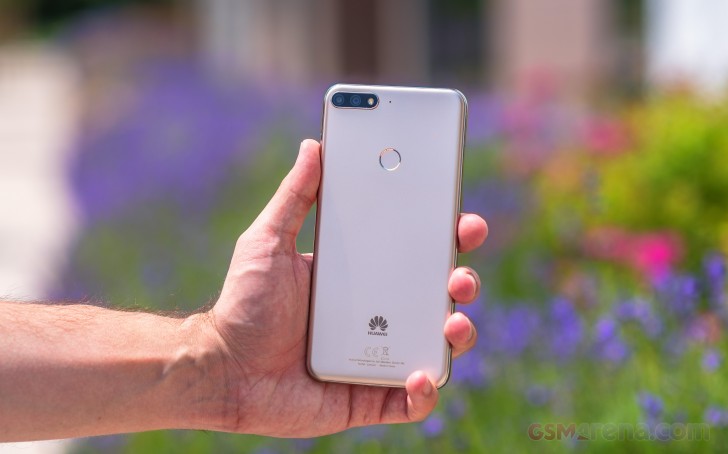 There are no groundbreaking design and/or engineering solutions here - just another iteration on a well-established formula. You have the dual camera in the top left, in a common module with the single-led flash. The whole thing is slightly raised, but not enough to make the phone wobble on a flat surface. The pinhole for the secondary mic looks a bit like an afterthought, though - a tiny spec sitting nowhere specifically. 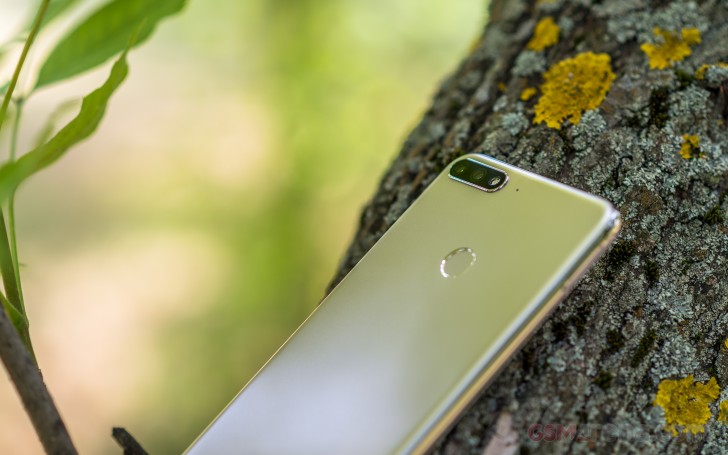 The fingerprint reader is in the top third of the back along the central axis - Huawei was among the first makers to adopt this position and is (well, mostly) sticking to it. The reader is slightly recessed - just enough for your index finger to locate by feel and has a shiny accent of an outline.

There's a fair bit of text and labels down on the bottom, and you probably know how we feel about those. 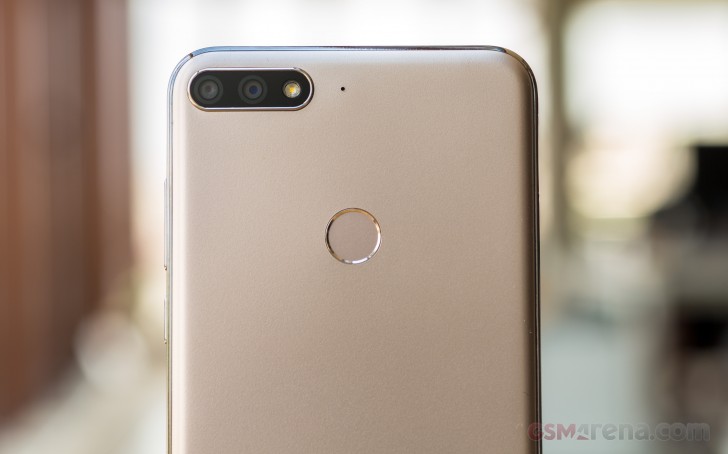 It's the display on the front where your eyes are going to be most of the time and, spoiler alert - it's not amazing. When it comes to the design side of it, Huawei brands it FullView to indicate it's in a tall aspect and bezels are minimal. Well, they really aren't, but it's how marketing works. The black border around the panel we find particularly irritating. 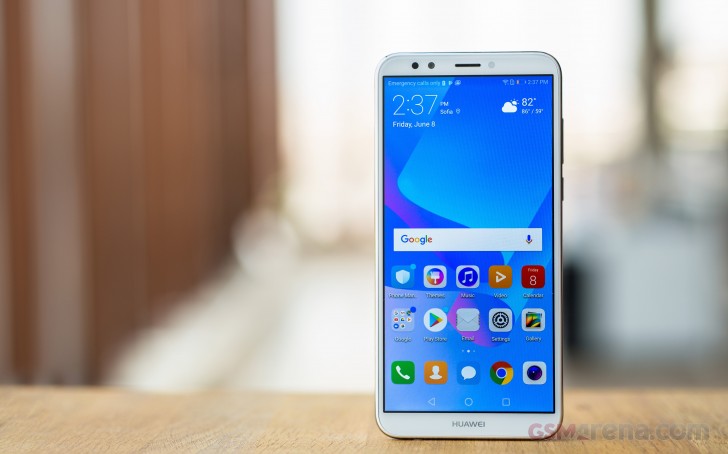 There's no notch on this display, at least we can still find salvation from that trend in the lower market segments. The top bezel is home to the earpiece in the center and the front-facing camera and the usual sensors (ambient light, proximity) to its left. In the far left corner, there's even a notification LED. There's another LED too, for the flash, and it's to the right of the earpiece. Other than a Huawei logo, there's nothing of note below the display. 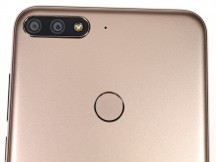 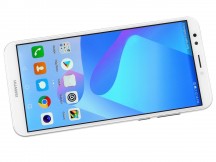 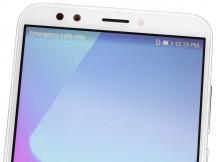