Huawei's P8 smartphone, which was announced by the company last week, has sold out on its first day of release - the device was launched yesterday in China, where it was made available through the company's online shop Vmall for a price tag of 3,588 CNY ($579). 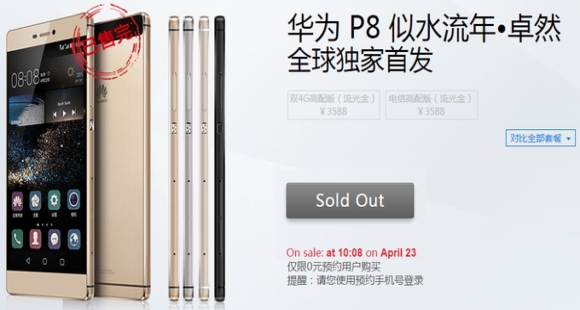 The smartphone, which is expected to be released worldwide in May, will cost 499 in Europe, and should set you back around $500 in the US.

Is it already available here in Manila, Philippines?

How much in Malaysia price ?

Can any one tell me, when it will available in Bangladesh?