Intel has been trying to get into the smartphone segment for a long time now but they have finally managed to do it with the Lenovo K800, which will be the first smartphone to hit the market running on Intel's 32nm Medfield platform. 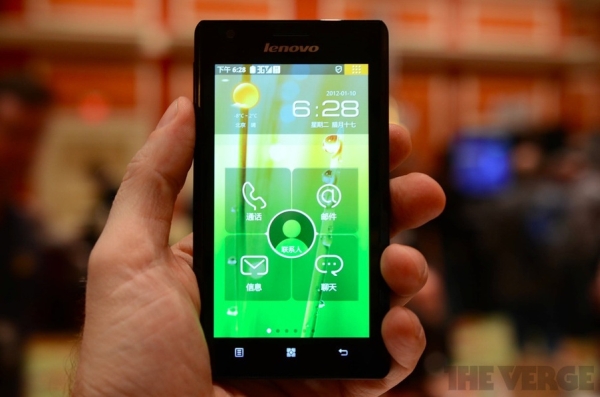 The K800 is running on the Penwell SoC that has a 1.6GHz Intel Atom Z2460 CPU with 512KB L2 cache. On the GPU side it has the tried and tested PowerVR SGX 540 which has been clocked at a slightly higher than usual 400MHz and dual-channel LPDDR2 memory. The CPU in Penwell is only a single-core right now but Intel plans to come up with dual-core versions later, along with a faster GPU. 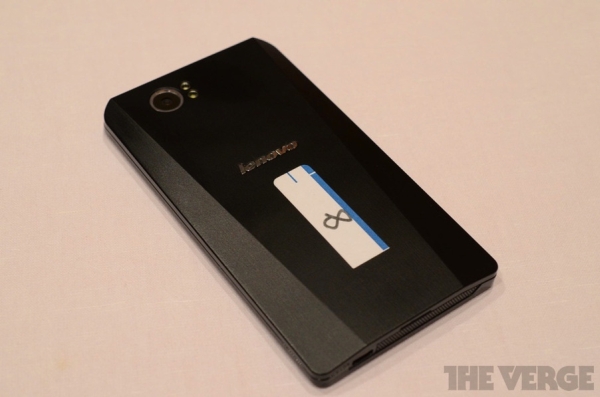 So how does this new chip perform? Quite well, actually. Despite the single-core CPU and the fact that the K800 was running on Gingerbread, the Intel chip managed to race past phones like the Galaxy Nexus running ICS and the iPhone 4S in the browser benchmarks. GPU benchmarks, admittedly, weren't as impressive, although it is powerful enough to decode and encode 1080p30 video. 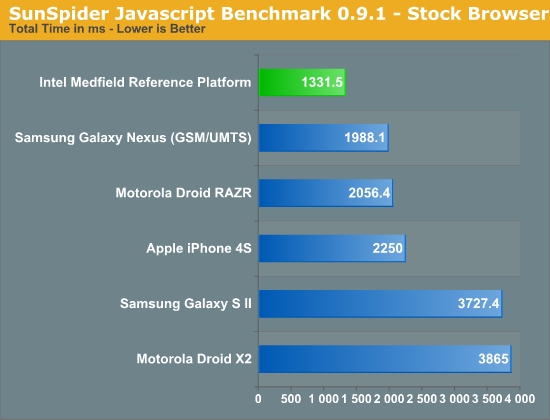 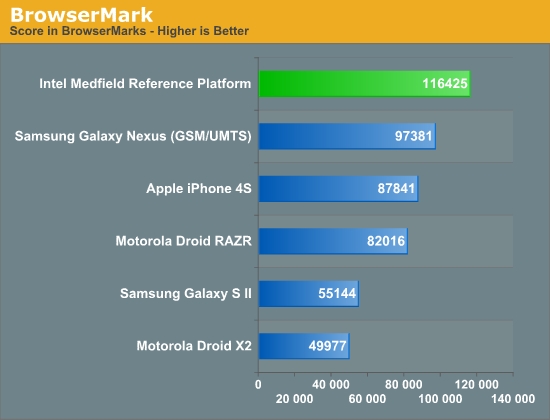 But what about power consumption, you ask? Luckily, Intel has taken care of that as well. Compared to phones like the iPhone 4S, Galaxy S II, HTC Sensation and the LG Optimus 2x, the Intel reference handset managed to consume the least amount of power in certain tasks while being significantly lower in some of the others. 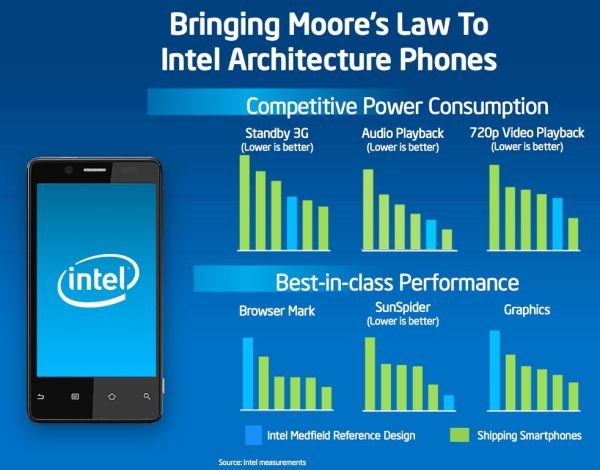 It is important to note, however, that despite the impressive CPU performance and lower power consumption, the Medfield processor is up against rivals that came out last year and are soon to be upgraded. It remains to be seen how well it stacks up against the Cortex A15 and the Qualcomm Krait when they release later this year.

Intel has managed to partner with two companies for now, one of which is Lenovo and the other is Motorola. Lenovo plans to launch the K800 in China by Q2 this year although the Motorola smartphones and tablets running Medfield will only arrive by the end of this year.

For more information and benchmarks, click on the second source link below.

Is it possible to install or dual boot windows xp on this phone? windows 7? windows 8? then run your normal x86/desktop apps?

x86 ? Does this mean this will be able to run normal .exe apps ? i mean normal windows xp and what ever apps ?

yes, X86 architecture, will have a strong advantage, when we start seeing Desktop linux and Windows 8 on mobile devices. Lets just hope we will start seeing that soon, cause i'd really like a mobile that runs desktop apps... especially if it comes ...