iPhone 5 or not, the Apple WWDC is good to go for 6 June

Apple has officially announced the date for its annual Worldwide Developer Congress traditionally held in San Francisco. The event will start on June 6 and the iPhone 5 *may* be the star of the show. 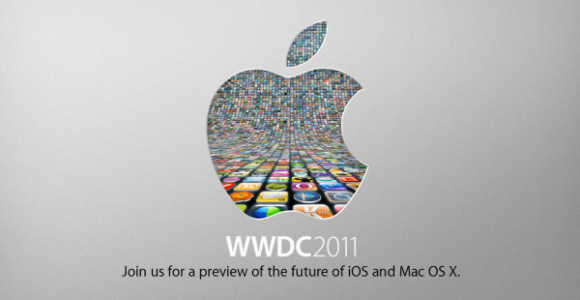 The Apple's developer's conference consists of many technical sessions, seminars and talks. But as far as consumers are concerned, the main focus is on the expected announcement of the iPhone 5 or iPhone 4GS (or whatever it’ll be called).

The announcement of the next generation iPhone however doesn't seem so sure now. Various sources are speculating that the next iSmartphone is actually going to be unveiled in the fall instead. Sources range from journalists in the know to Chinese parts manufacturers.

No matter whether we see the iPhone 5 announced or not, it's almost sure it will have the Apple A5 dual-core chip inside, which includes the new graphics processor.

The screen is where most changes are expected. Would the pixel density remain on the same Retina level or will we see a bigger display with the same resolution?

Well, we guess all we can do is wait and be on the lookout for juicy rumors and pictures.

The message on the event invite is the other attention grabber. The future of Mac OS X and most importantly iOS invites us to think that iOS 5 may still make it before fall.

I hope that iphone 5 will export to cambodia,bc iphone in 's very expensive.iphone 4 up to 1700$ in cambodia

i have iphone 5 already, loving the 12mp camera and full bluetooth.

Dear All : hope we have also get and buy IPhone 5 i have suggestion please export it to Afghanistan.becouse more people want to buy it> thanks all the best