iQOO recently announced it's partnership with BMW M Motorsport for the 2020 Deutsche Tourenwagen Masters (DTM) season, and today the company revealed the design of the iQOO 5 BMW edition (not the official name) in a poster shared on Weibo.

The iQOO 5 BMW special edition has a kevlar design on back that houses three cameras aligned vertically in the top-left corner. One of these cameras appears to have a periscope lens, and on the right side of the shooters is the LED flash. There's also the text that reads "Fascination Meets Innovation". 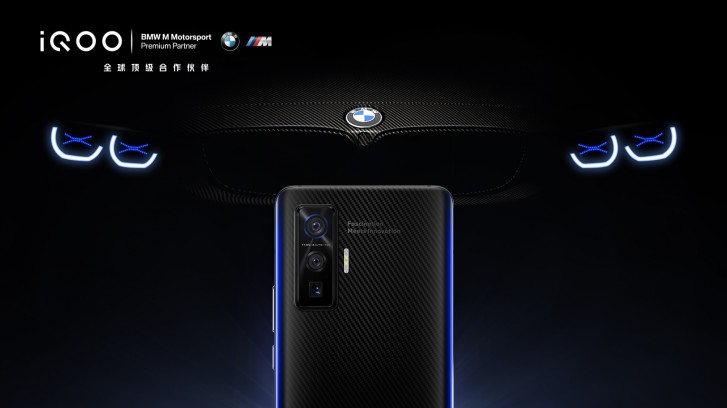 Other things we can discern from the image are the antenna lines at the top and the power key and volume rocker on the right side of the phone. There are also blue accents on the back of the phone, but it's unclear if the smartphone will actually come with those or if it's just a design effect in the poster to match the BMW car's headlights pictured above the phone.

The iQOO 5 BMW edition will arrive on August 17 alongside the regular iQOO 5, which will be powered by the Snapdragon 865 SoC, pack a 120Hz AMOLED screen, and support 120W fast charging.

no, its smart move, instead spending money on quality of products that can be far more expensive. Just think it as promotion, plus using BMW brands could attract more consumer

they have money to spend on BMW promotion but not the quality of the product, idiots

Please, vivo, consider to add a headphone jack because this is a gaming phone and because of BMW you got good chances in Europe