Is this the first real video of the iPhone 5?

As is always the case, the closer we get to an iPhone launch, the more leaks there are. Some attribute these as purposely released by Apple generate more hype for their imminent launch.

Whatever the case, this latest video confirms what we've heard about the iPhone 5, and it might be the real deal.

Speaking of leaks, a white version of the iPhone 5 was also leaked at the start of the month, this time by Taiwanese popstar Jimmy Lin. 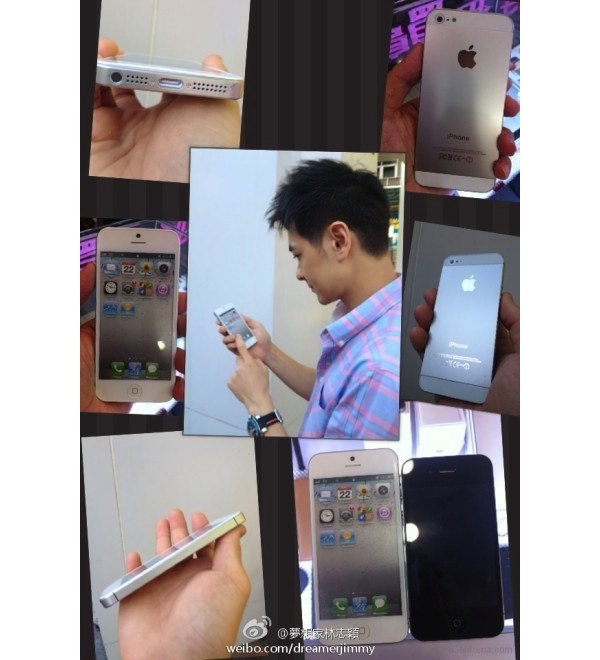 Lin posted on Weibo (the Chinese equivalent of Twitter and Facebook in one), that the new iPhone is indeed longer but thinner than its predecessor, created of an aluminum alloy which makes it feel the same as the 4S in hand. He also confirmed that it will use 19-pin connector rather than the current 30-pin one.

Of course, take both of these with the usual grain of salt.

Whether either of these proves false almost doesn't matter at this point, since Apple are set to officially announce the new device on September 12th.

Actually just about every. Not some. Also as far as Samsung goes thats SoC's, ram, memory chips, audio parts, and so forth. Thats also not just Iphone its for most I products like Iphones, Ipods, Ipads, and even mac books. Not to mention the Retina...

I have an iphone but this is really true. Some of iphone's parts are from different manufacturers.

I recall Samsung's designer saying once that he's far from Jonathan Ive but will be like him someday, Ive designed the iPhone 5yrs ago and is still doing so, Samsung copied the iPhone and iPad 2yrs ago and are still DOING SO!!!!