LG has announced that it will be rolling out a new music service for users of select LG smartphones. The main attraction of this service is that it will allow users to download high resolution audio files to their device. 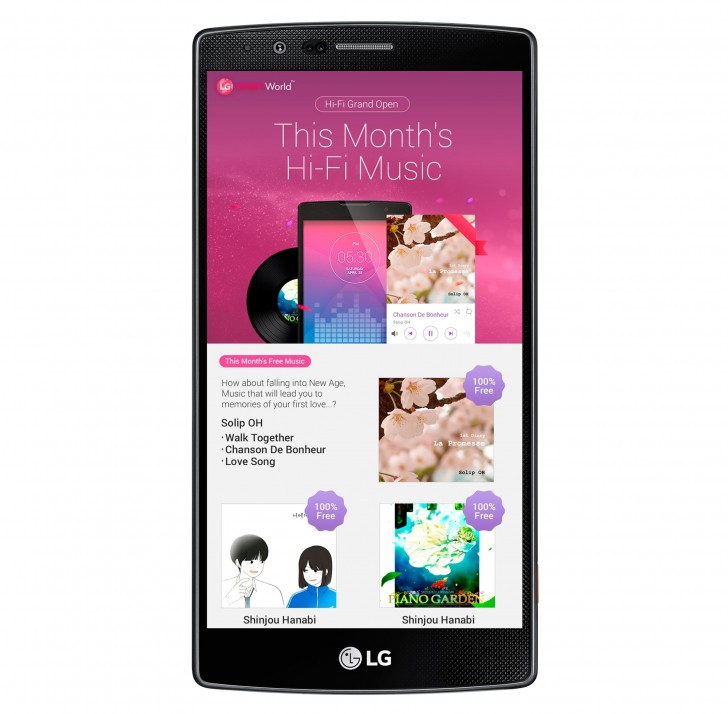 While most music we listen today is sampled at 16-bit/44.1kHz, music from LG's service is sampled at a much higher 24-bit/192kHz, which should theoretically make it sound better (we say theoretically because most humans can't actually tell the difference between standard and high resolution audio).

The service will let customers purchase tracks at up to 50% off the regular price and get two free tracks every month. The service will be available on phones that support high resolution audio, such as the LG G4, G3, G2, and G Flex 2.

The service will start this month in nearly 70 countries, including the United States, Australia, Brazil, China, France, Italy, Russia and the United Kingdom through the LG SmartWorld app and www.lgworld.com.

Thanks, and you're very welcome. I've learned a lot about those things by following the topics that come up now and then on hydrogenaud.io, an audio forum that has a goal of keeping things objective and scientifically correct. Most of the links I lin...

Man, hats off for your great explanation. Now, I understand this oems just grab our money for some fake gimmicks.

Sorry, no. What bit depth affects is dynamic range. As the Tom's Hardware article mentions, nowadays music is so awfully compressed (dynamically! not lossy), you can't tell 24 from 16-bit. The only place where that matters is mastering (studio) stage...