Without much hesitation the guys over ran a few benchmarks to test the quad-core Cortex-A9 processor clocked at 1.5 GHz and the ULP GeForce GPU. 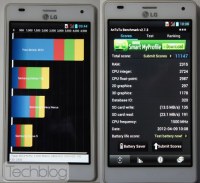 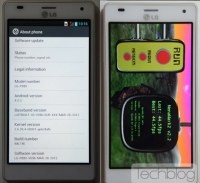 The ICS-running LG Optimus 4X HD did quite well in Quadrant, AnTuTu and NenaMark2. We decided to do a little comparison with the HTC One X - it uses the same chipset, deals with the same amount of pixels but it turns out that Sense 4.0 is a little heavier than the UI the Optimus 4X HD is running because the One X came on top only in NenaMark2. 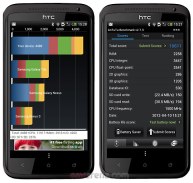 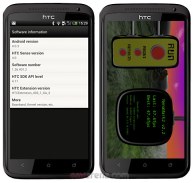 The Optimus 4X HD on the other hand got better results in both Quadrant and AnTuTu, which is quite promising given that it's only a pre-relese unit.

quadrant is not requiring internet connection, please stop talking without knowing a thing