When we reported the leaked 2011 LG roadmap last month, we told you that the LG Victor should become available as soon as this very quarter. Since then, the device appeared in a preview video as LG Optimus Sol and today, we have its official press shots for you. 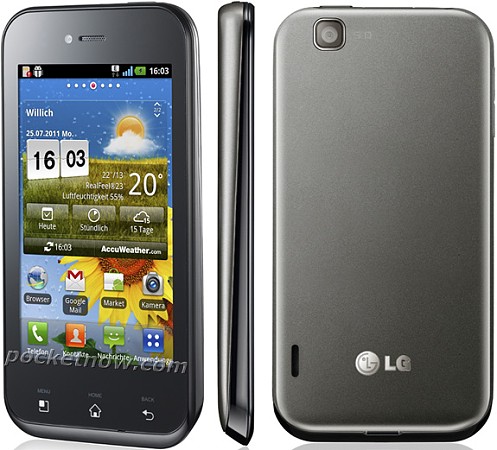 Now that the handset's rumor circle appears to be fully closed, all that LG has to do, is go ahead and announce the mid-range droid officially.

As far as the Optimus Sol's specs go, we know that it will be powered by a single-core 1GHz CPU. The device will pack a 3.8" AMOLED screen with WVGA resolution, and a 5MP camera on the back. The expected price when launched is €300.

Well, maybe the reason it's got no led flash is because it was meant to be used under sunlight :P Now, seriously, anyone else found the screen borders too thick? It feels like the screen could be a lot bigger :\

Because it shows no led flash on the back. Surely if you develop a teaser picture for a phone you make sure the most important features are visible. Otherwise it isn't worth much as a preview, or am I wrong?

hey... how could you say such a thing to a branded high-end phone when your just using a non branded mobile...my phone!!! most of the readers here didnt even heard about your mobile...