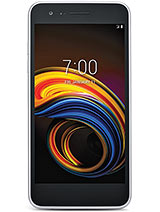 Had a bit of a bad experience with this phone. Battery is mediocre, performance is sluggish, and that camera is like something out of 2013-2014.Even worse, it's impossible to root this phone without the bootloader unlocked. Stay away from this rubbish phone as you'll regret purchasing it. Also, R.I.P LG phones 2021

Anonymous, 28 Jan 2020What sim card does this take. I bought this to replace hydro which takes micro. Tried puttin... moreNano sim

Yuri, 25 Nov 2019really bad phone really sluggish, no storage. Avoid this one at all costsI've had an LG Empire for over 1 year and I find it to be a very good phone all around. I would buy it again. I paid $49.95 (from Walmart).
.

What sim card does this take. I bought this to replace hydro which takes micro. Tried putting it in tribute helppp

I recently got this phone(more b/c of its smaller size b/C of my job & it also still was "competative enuff"as far as having moderate RAM/ROM, etc., etc) & I had a bigger LG just prior that was slower & less RAM/ROM ironically(so "size" In the Android world can be deceiving). So I felt ok going again w/an LG. Anyway, out of 10 stars I give it around a 6.5-6.8..maybe 7 tops. But MAIN OR I wanted to clear was I saw they described it's Radio as having "None" & 2any1 who actually uses FM Band over "Streaming"(& sucking away un'cssry data use..heh, Radio's FREE!)..I WANNA PT OUT THAT WAS AN ERROR LISTED. IT DOES HAVE A BUILT IN FM RADIO TUNER BUT YOU NEED THE "Next App"(& The ONLY free App that turns on & uses & moderates EVERY Android's FM Tuner..some Natn'l 'Movement & Group fought to make public a basic App to turn on every Androids Internal FM Band/Tuner & that's why it's the ONLY 1!). And it at 1st gave me some "issues" I just "opened up" every OPTION 4the App & presto..free FM Radio w/out WiFi or Data..I mean "totally FREE!!" ..& uses only your headphone wire as an antennae. Good luck if you go with this "Hand Sized" phone w/moderately everything!

really bad phone really sluggish, no storage. Avoid this one at all costs

Great phone for the price. The only thing that I hate about this phone , is the lack of volume. The volume still sounds too low with my headphones plugged in too. Still a great phone!

Ty, 26 May 2019I bought the empire and there was no micro SD slot, so I returned it. If someone can tell me... moreIt's right above the SIM slot. It's kinda hidden but if look closely, you can see the pins.

the device that i purchased was an outstanding device i got it for my whole family and they love it !!!!!!!!!!!

I bought the empire and there was no micro SD slot, so I returned it. If someone can tell me where it is located maybe I will re-purchase it. It was a nice phone but for that.

That chip with that battery aint gonna last you long...