LG has gone back to its merry old ways this year for the launch of the Velvet, which means it's already pre-announced the device a bunch of times. The final official unveiling is scheduled for May 7, while the release should come on May 15, and in the meantime, a few blurry live images of the handset have been leaked out of Korea. 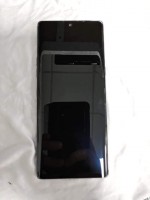 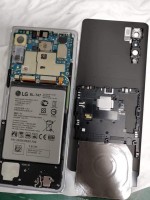 We can glance at the Aurora White and Aurora Grey color versions, as well as the insides - since the enterprising soul in possession of these units has decided to take off the back glass and show us the wireless charging coil and the battery that sits underneath it. We also get a look at the logic board and the three rear cameras, from the inside.

That is, a buch of cheap cameras and other things sealed by a lot of glue. => Velvet

Lol where is large chin??? Where is cheap??? Mild std 810G compliant material cheap?? With IP68??? Troll blindly without reading the specification!

Best display no. That credit goes to Xperia 1