Earlier this month, Evan Blass tweeted about an LG phone with the codename ‘Judy’. With high-end specs, the phone is set out to be LG’s next flagship smartphone and is to be announced some time in June.

Today, Blass tweeted specifically about Judy’s possible model number: LG G710. For reference, the Korean variant of the LG G6 was ‘G600’, so it’s entirely possible that this could be either related to the G6 or a total successor to the G6. Although Blass claims that “G7” will not be Judy’s official name, this leaked model number tells a different story.

The model number on Judy, for those who keep track of this sort of thing, is LG G710.

LG plans to reveal Judy later in June. Currently, its rumored specs are a 6.1-inch (just sligtly larger than the V30's) MLCD+ screen with white sub-pixels. This could being the phone’s brightness up to 800 nits, all while using less power than a more conventional IPS LCD display.

Additionally, Judy is expected to pack a Qualcomm Snapdragon 845 CPU paired with 4GB of RAM. There is also 64GB of internal storage which we imagine would be expandable via a microSD card. There is also LG’s dual camera with glass optical elements and f/1.6 aperture lenses. 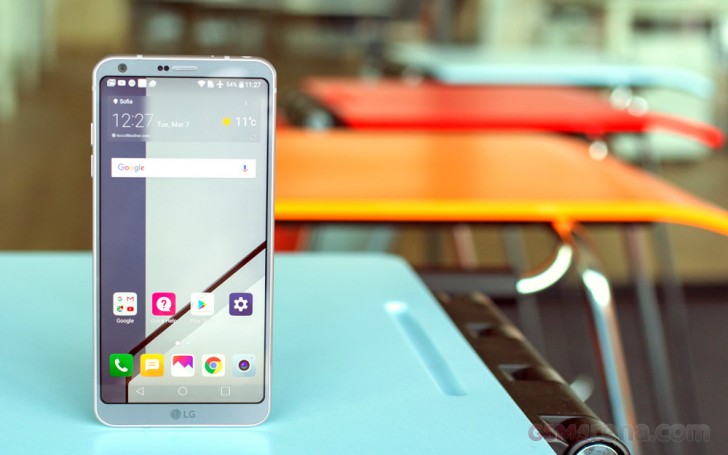 We’ll be waiting until June to see what LG is cooking up.

And it wont be cheaper than 5T cause LG and other big companies spend alot on R&D they have to cover it and make profit unless they use sd660 dont expect price to be lower than $500 and only minority will buy a 2018 flagship with 2017 SoC cause o...

give me a good price and i will buy and sell..if they could make it cheaper than the one plus 5t it will be sold out

If they use sd835 and no AI they wont sale