Low-end Moto C and Moto C Plus get detailed with leaked specs, renders

We've seen a few rather confusing leaks regarding upcoming Motorola devices recently, but now a new one clears things up thankfully. An earlier report talked a bit about one such handset, and at the time we weren't sure whether it would end up being called Moto E4 or Moto C. It turns out it was the latter.

The Moto C will be joined by a slightly more powerful Moto C Plus, according to famed leakster Evan Blass. The Moto C will allegedly come with a 5-inch 854x480 touchscreen, a 5 MP rear camera with LED flash, a 2 MP selfie cam with a flash of its own, 1GB of RAM, and a 2,350 mAh battery. 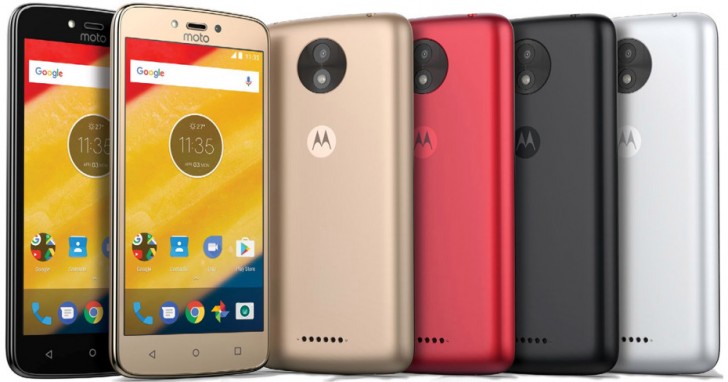 Both the C and the C Plus will be offered in a bunch of colors, including black, white, gold, and red (all of which you can see in the leaked renders above). As of now there's no information about a possible release date for the new C line, but given how much about it has been leaked already we assume the official introduction can't be far off at this point.

1GB/2GB RAM in 2017? These phones will become useless in a few months. And bad cameras too. I know these are budget phones, but buying these are like throwing away money.