In keeping with its current product development path, as well as naming convention, MediaTek expanded its "P" family of chipsets with a new model - the Helio P20, expected to come to consumer devices in the second half of 2016.

It is an all-around upgrade over the Helio P10, with a big focus on improved power efficiency. The chip promises to draw around 25% less power than its sibling while also upping performance. This is achieved through the use of an octa-core ARM Cortex A53 setup, running at clocks up to 2.3GHz. Graphics come courtesy of the new Mali T800, running at a speedy 900 MHz, which is currently the most powerful GPU offer by ARM. The package is complete with support for low-power double data-rate random access memory (LPDDR4X), which is a world first in a mobile chip. 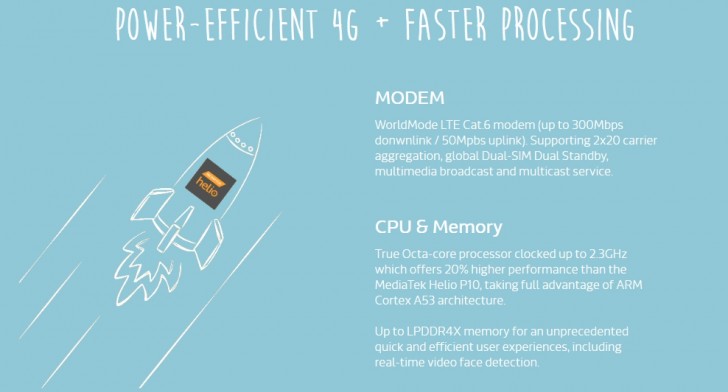 The latter technology comes with an estimated 70% increase in bandwidth and 50% less power consumption over LPDDR3, achieved in part by lowering its operating voltage to 0.6v. Jeffrey Ju, Executive Vice President and Co-Chief Operating Officer at MediaTek commented on the Helio P20, saying:

MediaTek designed the MediaTek Helio P20 to meet today’s consumer demand for sleek and powerful yet highly power-efficient mobile devices ... Consumers place increasing importance on the battery life and multimedia capabilities of their smartphones. MediaTek has risen to this challenge with a leading solution. 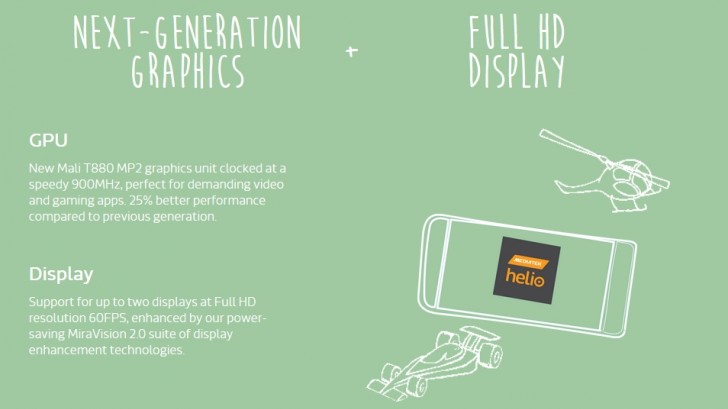 Other specs on the Helio P20 include support for up to two FullHD displays, working at 60 fps. ISP support is also impressive, capable of handling a maximum of one 24MP shooter, or a 13MP plus 13MP dual setup and video recording up to 4Kx2K resolutions at 30FPS. Connectivity is covered by Cat.6 LTE and 2x20 carrier aggregation at up to 300Mbps down/50Mbps up data speeds and Dual-SIM plus Dual Standby support. There is also Wi-Fi ac, GPS/Glonass/Beidou, Bluetooth and FM radio.

R.I.P Helio P20. They made it sound so great, but in reality, there are already pre-existing SoC that are on mobiles.

That's understandable, but Android is still at the point where the more powerful a processor is the faster Android runs. Even if it doesn't technically use the full power of the processor.