Meizu released its flagship 16s in April and the company will offer a refreshed version dubbed the 16s Pro soon. The specs and design of the upcoming device managed to sneak up on Meizu’s website briefly before being taken down.

The device will pack a 90Hz AMOLED display with a 120Hz touch sample rate and an in-display fingerprint scanner. The overall design of the Meizu 16s will be retained on the new model as it will mainly focus on upgrading the core specs. 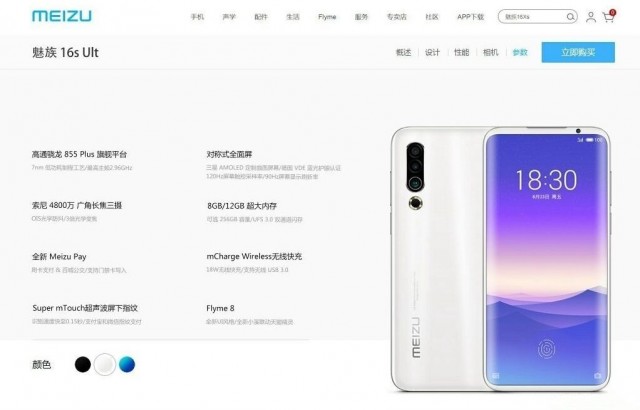 This isn’t the first time the 16s Pro leaks as it was also briefly listed on Chinese online retailer Taobao at the beginning of July. Yet we only now learn of its Snapdragon 855+ chipset paired with up to 12GB RAM and 256 GB UFS 3.0 storage.

On the camera front, we’ll see a third sensor make its way alongside the existing 48MP main and 20 MP telephoto shooters. 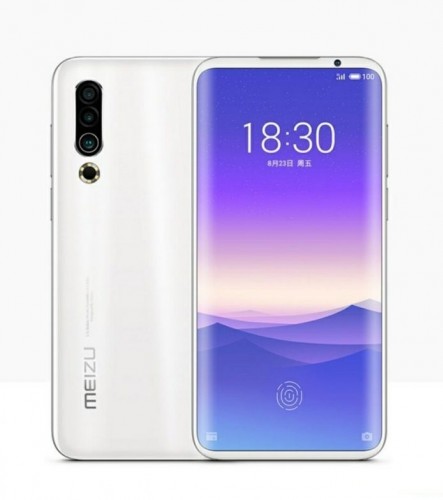 Rounding out the spec sheet is support for 18W fast charging and Meizu’s FlymeOS 8 running on top of Android 9 Pie.

We'll keep you updated once we have more reliable info on Meizu's upcoming flagship phone.

haha, slovakia and most other countries in the world buddy. its a shame, MEIZU is one of the best devices i've ever held. the quality, the innovation , the software, the design... its amazing what meizu is doing. too bad their sales team ...

except, stock android isn't very popular with the chinese market. Flyme and miui are considered best even with ads. For them to do so, the benefits must outway the cost of developing the firmware