Chinese smartphone maker Meizu is about to release its 2019 flagship as the multitude of teasers and leaks for Meizu 16s showed. And now we have a date to circle on our calendars as the company officially confirmed the launch date - April 23. 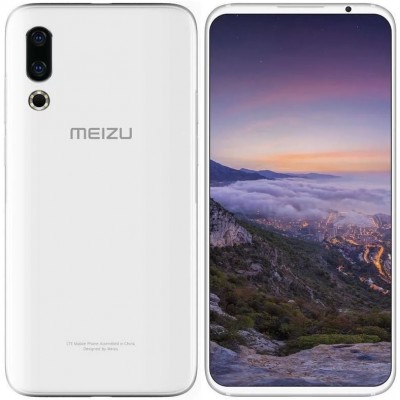 The Meizu 16s packs a 6.2-inch FHD+ Super AMOLED display with narrow bezels and in-display fingerprint scanner. The front camera bears a 20MP sensor while on the back features a 48MP main Sony sensor combined with another 20MP secondary module. The Snapdragon 855 is paired with 8GB RAM and comes with 128GB storage.

Benchmark scores reveal performance as great as you'd expect from a flagship Android phone these days. Software wise were looking at Flyme OS 7.3 built on top of Android Pie. The battery is 3,540 mAh and can be topped up via the included 24W fast charger.

The phone will come in White, Black, and Gradient Blue colors. Retail pricing is rumored to be about CNY3,400 which translates to $505/450.

Meizu listen up!!! Battery battery battery and more battery. Certainly 3500mAh doesn't seem enough for their flagship in 2019. Sorry..i was expecting more cuz the 16s seem to have captured my interest, i.e if it has bands that play nice with US GSM N...

I dont know why, but this phone looks very attractive. That front camera is very good positioned. No notch, no moving parts

Darn... Why can't phone manufacturers make two USB-Cs (It has already been done first with Asus Rog Phone through connecting the peripherals). One for the audio jack, one for anything but audio.