The Microsoft Lumia 640 is set to arrive at MetroPCS stores on June 18, and will be officially launched by the prepaid carrier on June 22, according to a leaked internal memo (see image below) which was first accessed by WindowsCentral. 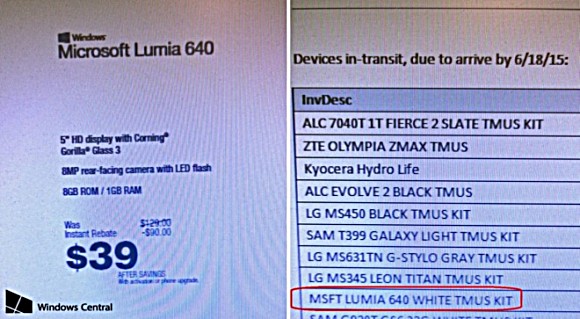 As for the price, although the device carries a tag of $129, the T-Mobile subsidiary is offering a $90 instant rebate, which means that the handset will set you back only $39.

It's worth mentioning that T-Mobile has already launched the Lumia 640 - the carrier is selling it for $129.84 without any agreement, and $5.41 per month on a regular 2-year contract.

Then you don't have to buy it. I'm sorry we have smartphones with respectable battery life.

Spec wise it shouldn't even be selling not worth it