Xiaomi has confirmed another key detail for the upcoming Mi Pad 4. In a post on its official Weibo account, the Chinese company revealed the tablet features AI face unlock technology, making it the first device of its kind in the Mi Pad series. 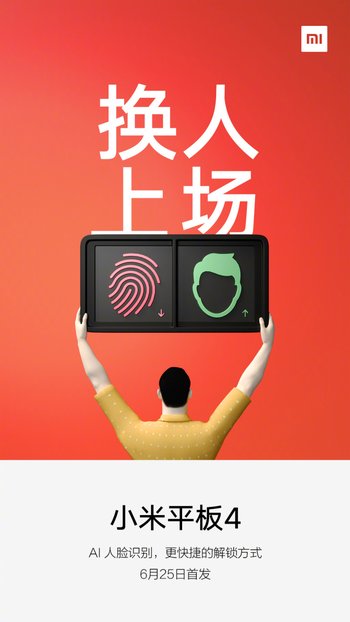 So Mi Pad 4 users should be able to unlock their units by just looking at the screen. As you might already know, this technology uses front facing camera, and is less secure compared to the tech that you find in devices line Apple iPhone X.

The company has already confirmed Snapdragon 660 SoC for the device, and teasers so far have revealed a single rear camera. The tablet is said to feature a 13MP/5MP camera combo, and pack in a 6,000mAh battery.

Maybe in smartphone,not in tablets.people use tablets for watching movies and video and not to forget netflix and prime video .