Surface is now a laptop - the Microsoft Surface Book. Well, to be precise, it's a hybrid device with a keyboard base and a detachable tablet. "Ounce for ounce the most powerful 13-inch laptop," says Microsoft's new head of devices.

Yes, the other Surface tablets have keyboards too, but thanks to the Dynamic Fulcrum hinge the Surface Book handles much more like a traditional laptop, you can safely pick it up by the screen. And if you detach the keyboard, you're left with a 720g (1.6 pounds) tablet. With the keyboard that goes up to 1,515g (3.5 pounds).

The screen is bigger - 13.5" - but keeps the sharp 267ppi pixel density, which means the resolution has been bumped up to 6MP (3000x2000px). The screen supports the same pen and touch experience Surface users are familiar with.

For an old-school input, the keyboard offers backlit keys with 1.6mm travel and a glass trackpad with 5 touch points.

The Microsoft Surface Book is massively powerful, Microsoft claims it's twice as fast as a MacBook Pro. It comes with a 6th gen Intel Core (i5 or i7), up to 16GB of RAM and up to 1TB of storage. All that and you're looking at 12 hours of battery life.

The Xbox team was asked to lend its GPU know-how and the Book packs a GeForce GPU. It will be used for gaming, of course, but will help GPU accelerated apps too (the demo was video editing). Note that the GPU is optional and goes into the keyboard base, when you detach that the Intel GPU takes over.

Other goodies include stereo speakers on the front, a magnesium body, two USB 3.0 ports and a full size SD card slot. You also get a 5MP selfie camera plus an 8MP camera on the back (which looks unusual on a laptop).

The Microsoft Surface Book will cost $1,500. Pre-orders start on October 7, while full retail availability will come on October 26.

Microsoft has really nailed it with the Surface Book. Superbly designed and beautifully crafted, the hybrid notebook is a worthy flagship for the Redmond giant’s brand new OS - it carries an aura of desirability that truly caught us by surprise.

Microsoft is clearly shifting focus and now it chooses to target three specific categories - flagship, business and value. And while we don't exactly think the polycarbonate material is flagship-grade, the standard Lumia 950 for the business definitely nailed it.

All three Lumia smartphones announced today seems like a thoughtful additions and a hopeful fresh start. The new Windows 10 shows massive potential and Microsoft has already proven it has the means to make it the game changer it should have been from the start. Hopefully everything plays well. 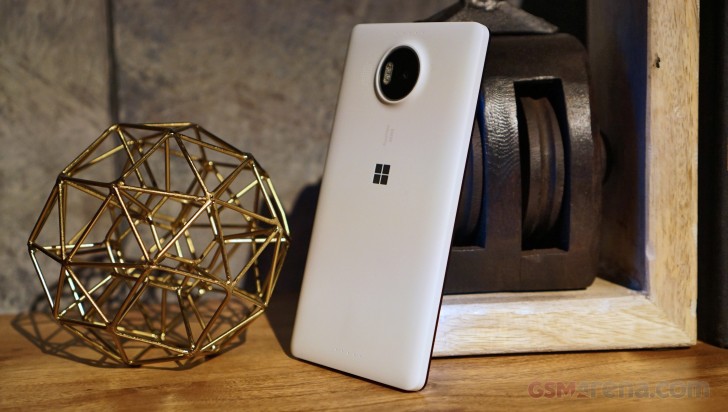 While the flagship Lumia 950 XL is a beast under the hood, probably the Lumia 950 is the one most of the people will be looking forward to. We know from experience Windows OS can be as smooth and optimized as iOS on the iPhone, and that's why a Snapdragon 808 chip should be more than enough for handling pretty much everything but the heaviest of games. 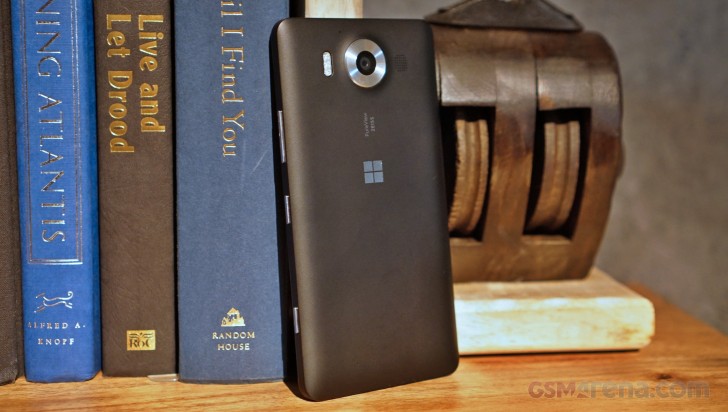 Anyway, we've seen enough to believe Windows has a chance and Microsoft can pull it out of the murky waters. Sure, there is a lot more work to be done, but things are looking good for now. And that affordable Lumia 550 may as well break sells records during the upcoming holidays, like the Lumia 520 once did.

And with the new monsters Surfaces Pro 4 and Surface Book, Microsoft is finally stepping on the Apple's toes. While the MacBooks have been stuck the recent years with non-touch displays and lack of innovation, Microsoft has just made them run for their money with the new Surface Book. It indeed looks like an ultimate laptop and Microsoft has every right to call it that way. And the tablet has never been as powerful as the new Pen-enabled Surface Pro 4.

Finally, with the upcoming Windows 10 update for the Xbox, the HoloLens kit shipping in just few months and the new Microsoft Band 2 being exactly what people wanted it to be, we think Microsoft are finally on the right track to shake the market and challenge the competition. We just can't wait.