Microsoft and Harman Kardon are working together to bring a personal assistant powered by Cortana. The device, named Harman Kardon Invoke, will support Spotify and other music platforms, according to an update of the Cortana app. 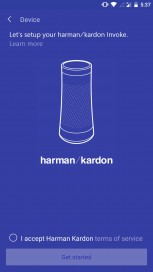 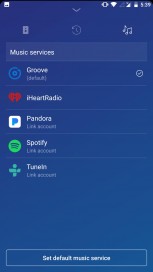 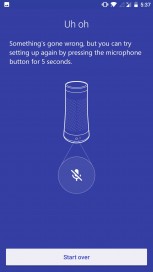 Microsoft released a new update to Cortana for Android. It gave some a sneak peek what the new AI assistant will do. The app received a Devices section, along with info about what Harman Kardon Invoke will do.

You can tell Invoke to call someone on Skype, play your favorite artist on Groove Music or update you on the latest news. Microsoft’s music service is a default option but could be replaced by Spotify, Pandora, iHeartRadio or TuneIn, which broadens the usability of the device.

The new UI looks promising, but some have already spotted minor mistakes, leading to the assumption that Microsoft is not entirely ready for the launch.

The company is expected to reveal more details, including pricing and availability, at the Build 2017 event in Seattle next month. Until then you can enjoy the Invoke teaser along with Deadmau5’ classic, “I Remember”:

Well this is the Cortana driven speaker that supports full 360 sound and acts as an echo competitor. It's not just a flat out speaker.