MIUI was announced back in July, but Xiaomi needed more than three months to launch a stable global ROM. Days before the planned November 2 arrival, some Xiaomi Mi 6 units already started receiving the firmware. Along with some new features, a lot of the existing ones got improved. Some of them include protection from unintentional tapping for Dial pad, the Cleaner now removes empty folders better, and the timers for Silent/DND mode are also improved. 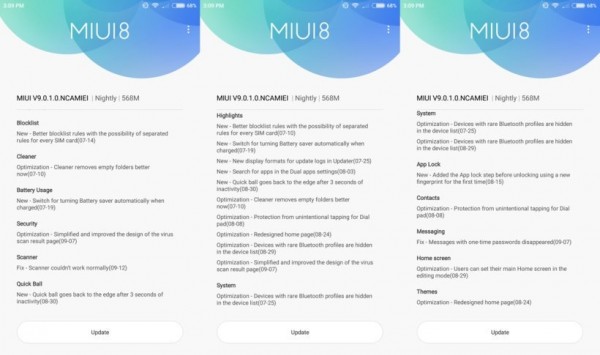 Lol... xiaomi have been releasing a lot of kernel source (Snapdragon variant) not just Mi6...

The oneplus 5T will come this month.

its a nightly release...stable rom will release later