Mobile is the largest gaming segment, most of the money comes from in-app purchases

The mobile gaming market is now the largest segment of gaming in general. In 2018, the mobile game market was valued at $68.5 billion, most of which ($54.9B) comes from smartphones and a smaller fraction ($13.6B) from tablets. 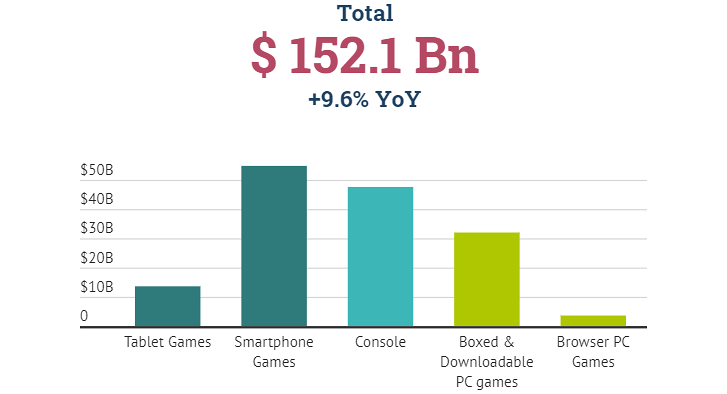 The prediction for the next couple of years is for mobile to keep growing while PC and browser-based games shrink (the console segment is expected to keep steady). 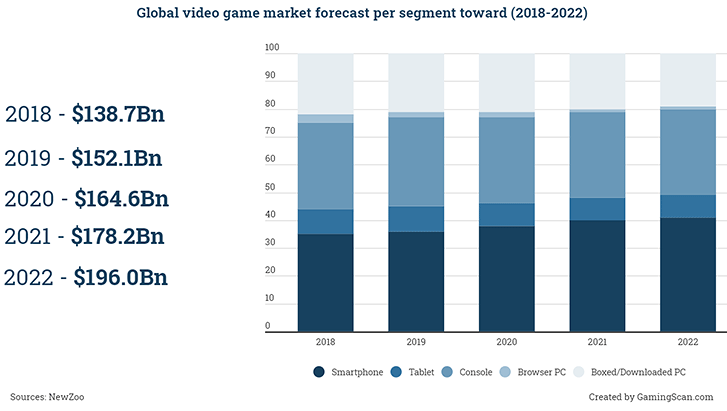 Currently, most of the revenue is coming from iOS devices, but according to forecasts Android will overtake Apple’s platform before 2023. Clash of Clans was the highest-grossing iPhone game in the US (by daily revenue), narrowly ahead of Fortnite.

Clash is made by Finnish developer Supercell, which his also behind Clash Royale (Tencent owns a large stake in the company).

It will probably not surprise you to find out that most of game-related revenue comes from in-app purchases, over 40%. Second is video ads (just over 30%). For comparison, apps get most of their revenue out of video and display ads.

VR is still struggling to gain traction – most people have heard of it, but think it’s too expensive. AR revenue is expected to overtake that from VR by next year as the user base will grow at a much higher pace.

HTC was the third-biggest maker of VR headsets, well behind Sony and Facebook (now that Microsoft dropped out).

Gaming is expected to remain the main use of AR and VR, though millions will embrace the their use for watching live events and video entertainment.

For more statistics, especially if you care about the PC and console segments, follow the Source link. And don't forget to check out our buyer's guide for the best gaming phones in 2020.

I already mentioned it, I'm using Remix OS. It's not an emulator, but a properly legit Android OS built for desktop devices. So you have true access to all the apps from Google Play Store ready to be downloaded and played.

Have you played League of Legends or DOTA 2 before?