Both the Moto G8 Plus and G8 Play have been available for months, but the middle model is still MIA. New renders offer a look at the Moto G8, which shares a design language with the rest of the G8 family.

You can just about make out the “macro” label under one of the cameras on the back. According to rumors, the G8 will have a 16MP main, 8MP ultrawide and 2MP macro cams. The fourth circle isn’t a camera but a Laser autofocus system instead. The Motorola logo on the back is almost certainly a fingerprint reader.

Around the front, the Moto G8 is expected to have a 6.39” display with 720p+ resolution. The 8MP selfie camera is inside a punch hole, a first for the G-series (the G8 Plus and Play have teardrop notches). 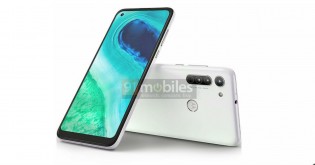 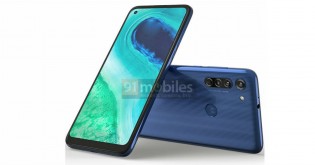 Note that these new renders differ from previous leaks, which showed a teardrop notch.

There’s a 3.5mm headphone jack on top of the phone, just like on its siblings. It’s not quite clear if the phone will have stereo speakers. A few additional spec rumors: the G8 will be powered by a Snapdragon 665 chipset and a 4,000mAh battery with 10W charging.

The Moto G8, along with the Moto G8 Power, are expected to be unveiled at the MWC. That February 23 event will also bring a long-awaited flagship from Motorola.

Well, G7 has a Full HD+ display then why this is getting HD+?

720p sounds too low and is low, rest looks fine