Motorola has announced the new Moto Stereo Speaker mod for its Z series of smartphones. As with other mods, it is designed to work with all the Z series phones. 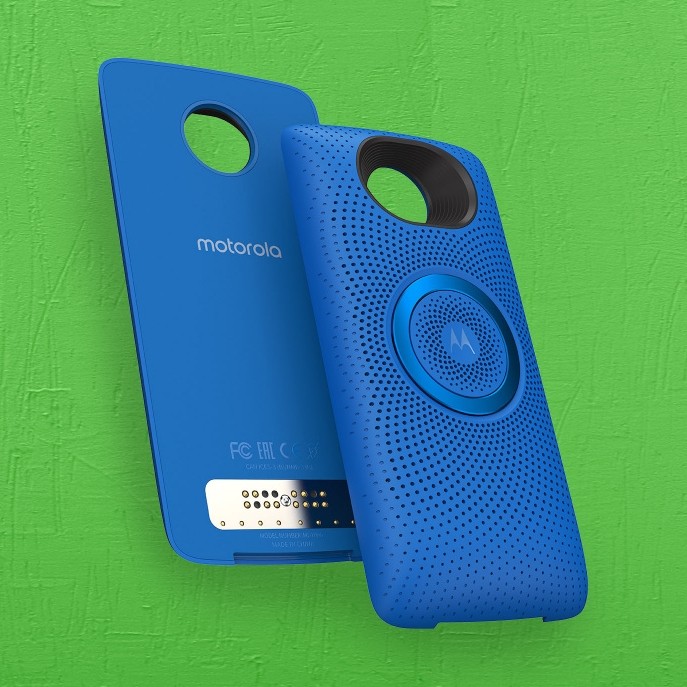 Unlike the last two speaker mods that were built in partnership with JBL, the Moto Stereo Speaker mod is made by Motorola itself. It features stereo speakers and a kickstand to prop up the phone at an angle in landscape mode, just like the JBL mods.

Unlike the JBL mods, however, the Moto Stereo Speaker does not have its own battery, which means it drains the phone every time you use it. The JBL SoundBoost 2 is also splash proof, making it ideal to use around the pool or the beach.

At $80, the JBL SoundBoost 2 is more expensive than the $60 Moto Stereo Speakers. However, with the current sale on the SoundBoost 2, both can be had for the same price, which makes the JBL a much better solution between the two.

No competition in this segment to challenge Motorola mods option. If there is any, Motorola might want to produce more better mods. The big hole on this mod is a waste, they should cover it with all speaker.

I just dont get it with those mods. A normal bluetooth speaker for me is a lot more usefull and can be used with other phones or even PC.