Motorola sets an event for July 7, might unveil the Edge Lite

Motorola has set up an event on July 7 which will begin at 3PM CET. The company didn't provide any clues as what that might be about, but the likely start will be Edge Lite as it recently bagged FCC certification with a 4,700 mAh battery and 5G support. 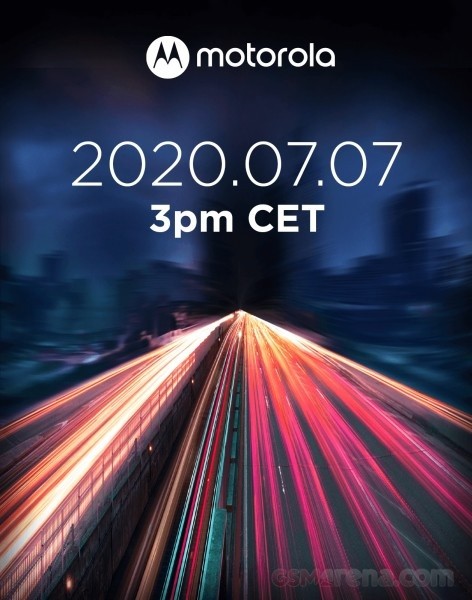 FCC didn't reveal any other details about the Edge Lite but a separate leak claimed the smartphone will have a Snapdragon 765 SoC under the hood with up to 6GB RAM and up to 128GB storage.

The Edge Lite will boot Android 10 and pack a 6.7" 90Hz FullHD+ screen with an aspect ratio of 21:9, but this won't be a waterfall display. It will, however, have a fingerprint reader underneath and a punch hole in the top-left corner for the 8MP selfie camera joined by a 2MP depth sensor.

The back of the Motorola Edge Lite will house a 48MP primary camera accompanied by 16MP, 8MP and 5MP modules, but their purpose is currently unknown.

The Motorola Edge Lite will draw power through a USB-C port at up to 18W and will come with NFC and dual-SIM support. Although the latter won't be available for all models. That said, the international model of the Edge Lite will feature a dedicated key for Google Assistant.

The Edge Lite is rumored to start at around €399 in Europe.

What you are going to achieve with software update? UI changes? Security update is enough for any phone. Keep in mind that next gen os is not required for previous mobile. Usually OS update is required only for handling new hardware. Moto phones come...

The problem with majority of Motorola device is that they won't provide you much Android update. Why should I spend so much and stuck with same generation of Android where as other company provides future relase of Android. Motorola think that we con...