We've already established that the constantly leaking Motorola One Power is actually going to be called Moto P30 Note when it launches in China market, but the latest leak confirms that it will also be available outside of the world's largest smartphone market. 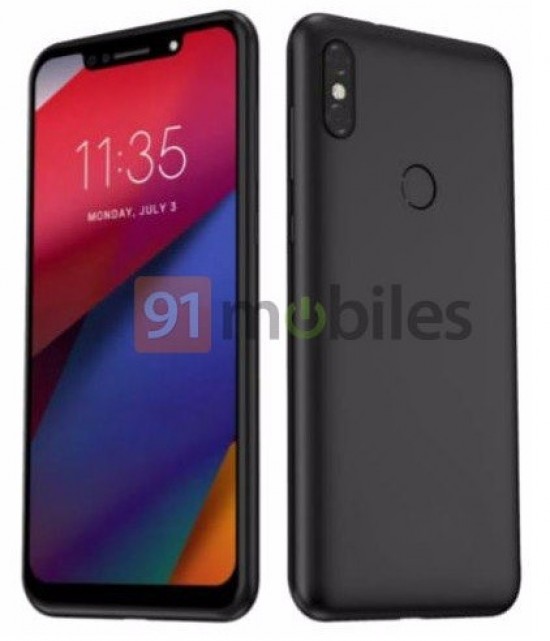 It's a massive one this time - we've got an official render showcasing the all-aluminum design, dual camera setup and a fingerprint reader on the back and the notched 6.18-inch screen on the front. Nothing all that impressive, right? Well, the hardware by itself hints at yet another mid-ranger, but Motorola has battery life as its key priority. 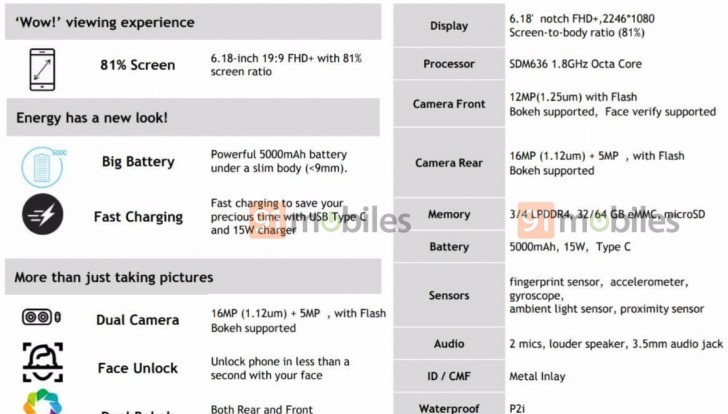 The first reports suggested a battery capacity around 4,000 mAh, but the leaked specs sheet is pointing at a 5,000 mAh unit. That's mighty impressive for a 6.18-inch device considering that Xiaomi's Mi Max 3 houses a 5,500 mAh cell with a 6.99-inch display. Fast charging over USB-C with the provided 15W charger should help top up it up fast enough.

The P30 Note's display will have FHD+ (1080 x 2246px) resolution with 19:9 aspect ratio and it will cover 81% of the front side of the phone. A Snapdragon 636 chipset will take it easy on the battery and will be paired with either 3 or 4GB of RAM. The internal storage is 32 or 64GB, respectively, with support for microSD cards.

The cameras on the back are 16MP + 5MP, as expected, while the front one sitting on the notch is 12MP coupled with a flash. All cameras are AI-aided while the front-facing shooter supports fast face unlock. Moreover, like most Motorola handsets, the One Power, or the P30 Note, features P2i water-repellent nanocoating for those accidental splashes.

We hope that we will find out the rest soon enough - all those leaks clearly hint at an imminent launch.

well this phone will be huuuuuuugeeeeeeeeeeee

Copared to XZ3 premium with much smaller battery and 239 grams this is super slim.