Following the launch of the V30 and V30 Pro, Honor appears to be working on yet another similar device. At least design-wise, that is. Both the MOA-AL00 and MOA-TL00 model numbers have been spotted online, alongside an MIT (Ministry of Industry and Information Technology) certification listing. 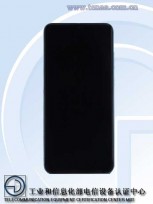 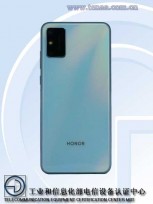 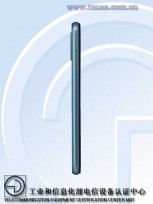 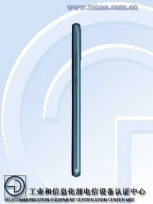 The latter is very similar and close in nature to the more popular TENAA certification authority and just like it features some specs and a few photos of the certified hardware. The latter even have all the standard TENAA markings on them. Looking at the MOA-AL00, we can clearly see a V30-like rear camera design. Though, upon closer inspection and after playing around with levels on the image, it seems like the middle module on the back is the LED flash, instead of a camera. It seems Honor didn't quite have the budget to keep the full Matrix tripple camera setup on this model.

A couple of other details we can get from the photos include a "water drop" notch on the display, instead of the wide punch hole on the V30 and V30 Pro. So, another reduction on camera count on the front as well. On a more interesting note, however, this mystery mew device has a normal power button, instead of the fingerprint combo of the existing V30 pair. Since there also appears to be no reader on the back side either, we can, perhaps, entertain the notion of an under-display module? That would, naturally, mean an OLED. Something that neither of the existing V30 variants have. Alternatively, Honor could have skipped a fingerprint reader entirely? 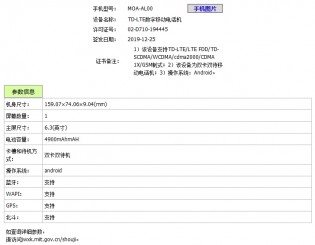 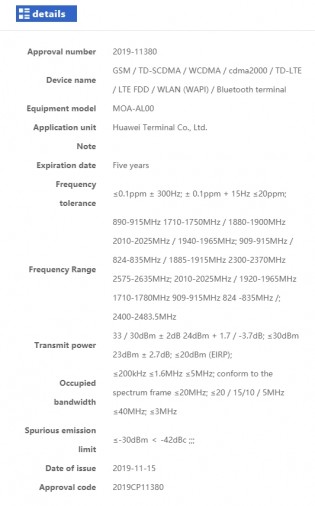 But, we don’t really want to get too deep into the realm of speculation. What we do know about the MOA-AL00 from its MIT certificate is that it will measure 159.07 x 74.06 x 9.04 mm, with a 6.3-inch display and a 4,900 mAh battery. The posted specs also suggest dual SIM support. Sources have also mentioned a 10W charging cap for the device, but that is very much unconfirmed.

Will it be in Europe? Combination of Oled and big battery sounds good.

i think it wil not come with gms