New iOS 8.3 beta builds go out to testers and developers

Almost two weeks ago, Apple officially unveiled its consumer-oriented beta program for iOS 8.3. At the same time, it released the first beta build for eager testers, which coincided with the third iOS 8.3 beta release for developers.

And today it's time for a new update. A new beta build of iOS 8.3 is now going out to both developers and consumers. 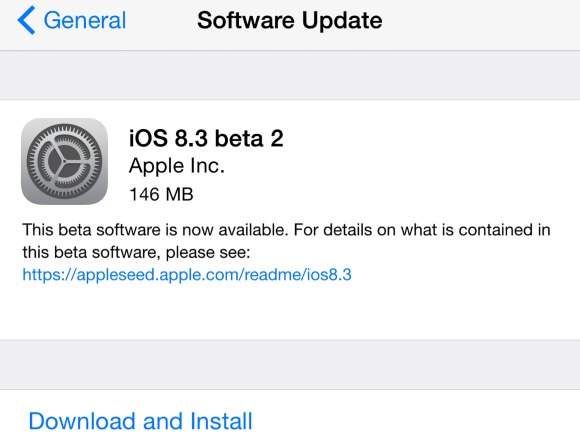 For developers, this is the fourth beta of the next iOS release, which might be an indication that we're headed towards the finalization of the build pretty soon. For consumers who are using the Apple Seed program, this is the second beta of iOS 8.3, which will show up for them in Software Update on their devices.

The download sizes may be different for each device, but in all cases it looks like we're seeing files above 100MB.

iOS 8.3 beta 4 for developers removes the "beta" tag from iCloud Photo Library, but this isn't the first time that this has happened - so it may be back in the future. Additionally, the message filtering feature introduced in an earlier beta has been refined somewhat, with the category for iMessages sent by people who aren't in your contact list having been renamed to "Unknown Senders".

Obviously some unnamed bug fixes and performance improvements should be in too, but that's pretty much it for new stuff in this release.

It will stay in bEta