A couple of days ago we saw what were claimed to be leaked renders depicting the upcoming Huawei P10. They showed a device with a dual-curved touchscreen, but also an oddity for the mobile world: both a physical Home button on the front and a fingerprint sensor on the back. This arrangement isn't one we remember ever seeing before, and it's easy to understand why - those companies who employ a physical Home button on their devices can easily make it double as a fingerprint scanner, so there's no need for that to be on the handset's back.

Luckily, the people creating these renders seem to have realized their mistake and today they're back at it with a couple of new images. This time around, though, the physical Home button is gone, and what we get in its place is a Huawei logo. Such a design looks a lot closer to what the Chinese company's been doing in the past few years. 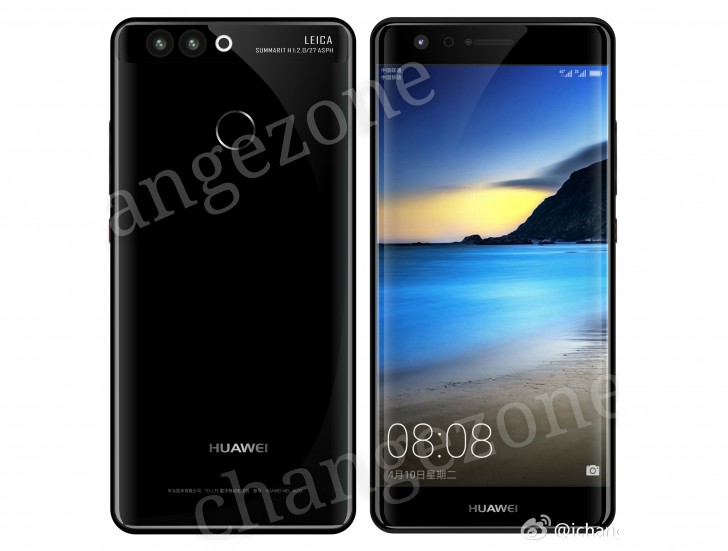 That said, given the earlier mishap (and seeing as how these renders come from the same source as the last ones), we're having a hard time believing that they're anything more than fan creations. Supposing they're not, the P10 should come in black, might have a glass back (it's really hard to tell what material is there using these pictures), and will definitely stick with a dual camera setup with prominent Leica branding. A ring flash is in too.

The Huawei P10 is due to become official in the first months of 2017, so expect to see and hear a lot more about it in the coming weeks.

huawei honor 8 more than better one plus 3t

Oh I think nowadays phones go out of day In a year. New version of Android comes every year for you to update. Some flagship phones are always updatable like nexus phones. They always have updates. It makes it not go out of date. Only the nexus and ...