A new update has started hitting the Samsung Galaxy J3 smartphone. Weighing in at over 170MB and arriving as build version J320FXXU0APL3, the update primarily brings along a patch for a critical security vulnerability. 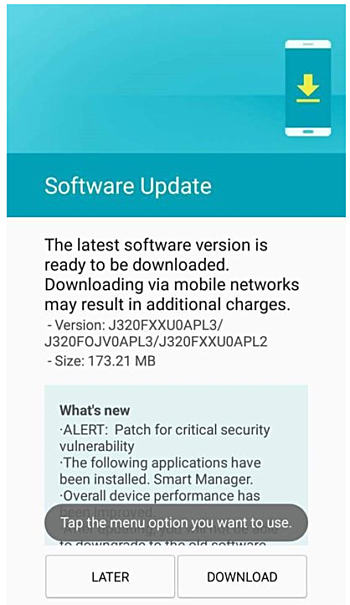 Sadly, the vulnerability in question isn't detailed by the company in the changelog. The update also includes some other changes, such as addition of the Smart Manager app, as well as some performance and stability improvements.

How can I uninstall the newest Samsung galaxy j3 update it's a Verizon prepaid phone. Please let me know..thanks y'all

The most critical security vurnerability on almost every Android phone are backdoors for NSA. When they will fix this?