HMD Global delivered another shot of nostalgia at the MWC by bringing back the beloved Sirocco brand. Introduced with Snapdragon 835, the Nokia 8 Sirocco was set to arrive in Europe at the beginning of April for €749. Chinese users are a bit luckier though, as the phone is already up for grabs there.

The Nokia 8 Sirocco is offered by the Chinese online retailer JD.com at the sweet price of CNY4,699 or around $750 (€600). The phone arrives with Android Oreo out of the box, but lacks Google services as is the case with most phones in China.

The latest addition to the Nokia portfolio comes with dual cameras on the back - both cams are 12 MP but one sensor has an f/1.75 lens in front, while the other sits behind f/2.6 aperture. It takes great photos, as we established in our hands-on. Video recording can go up to 4K with 360-degree Nokia OZO audio that brings a better immersive sound. 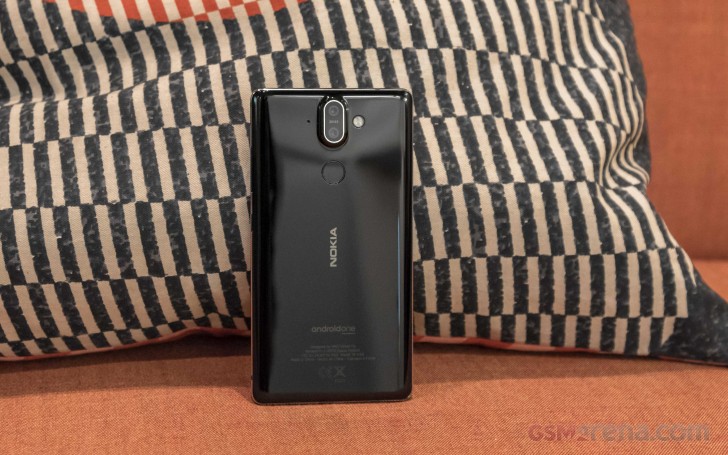 Nokia 8 Sirocco and its dual camera

The phone is also the only Nokia by HMD with an OLED panel. If you are wondering how the Sirocco version of the Nokia 8 performs in benchmarks, check out the tests we did once we got the phone from the MWC booth back in February.

Thanks, Akilesh, for sending this in!

When will the nokia 8 sirocco be available in the US

Understood the problems, thanks for the reply. April 4th, Nokia is having an event in India and we are expecting Nokia 7 Plus and Nokia 6 (2018)

HMD is not big enough as a company to do it. Maybe in few years, but not yet. Big release requires a lot of money in uppfront because the company have to buy a lot of production capasity to have enough phones.