The upcoming Nokia 9 flagship smartphone has been certified by the FCC recently, which resulted in a nice list of its specs being outed earlier today. Those details are all fine and dandy, but what if you want to know what the handset is going to look like?

A helpful leak from Chinese social network Weibo can now assist you in that endeavor. This is apparently the Nokia 9, from the front. 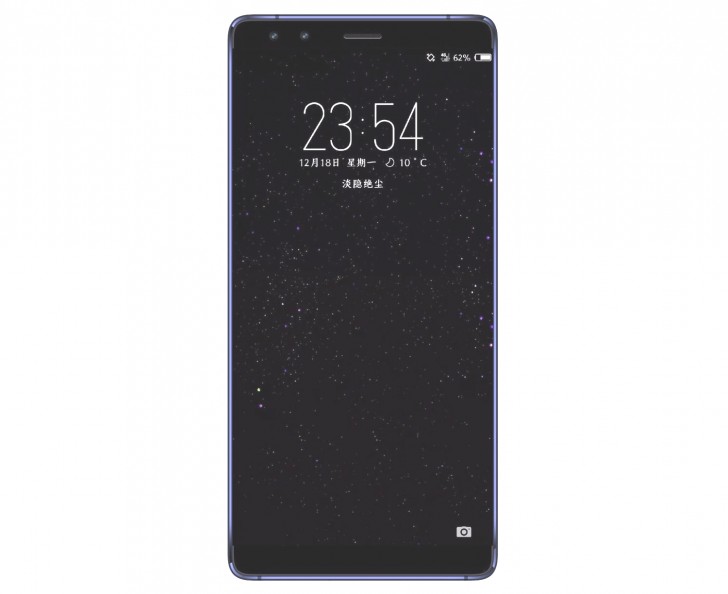 The obvious thing to note here is the trimming of the bezels, a sign that HMD Global is finally ready to embrace the most important trend of this year - though, ironically, the Nokia 9 will probably be announced in early 2018. And although we've definitely seen even smaller top and bottom bezels, this design is a welcome change from the Nokia 8's.

Anyway, we also see what could be two front-facing cameras, and a blue metal frame. It's impossible to tell from this picture if the phone's back will be glass or metal. The Nokia 9 is expected to become official as early as January 19, though it might be unveiled later.

According to the FCC's documentation, it will have a 5.5" OLED touchscreen, a 12 MP + 13 MP dual rear camera setup, the Snapdragon 835 at the helm, 128GB of UFS 2.1 storage, and a 3,250 mAh battery with 18W fast charging. It runs Android 8.0 Oreo. The front camera is listed as 5 MP, but we assume that's the resolution employed by just one of the sensors, and not the primary one.

If you call "brighter screens, less bezels, faster processors, more ram" an innovation, ok, but to me they are all the same. Rectangular slabs of plastic, metal & glass. When I mean innovation, I mean different designs such as folding or retra...