Nokia seems to be making its move into the US smartphone market with Windows Phone devices and T-Mobile may be the first carrier to get them. 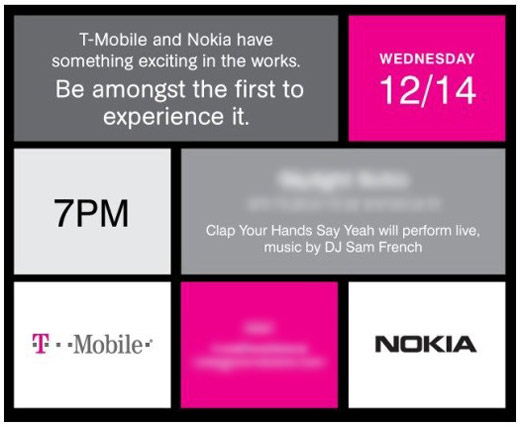 At least that's what this invitation for the T-Mobile and Nokia event is telling us. The press event is going to take place in New York on December 14 and if the rumors are to be believed, the Finns are going to announce a North American version of the Nokia Lumia 710.

It's possible that Nokia will announce something else to accompany the Lumia 710, but nobody can be a hundred percent sure until the day comes. We'll let you know as soon as any new information pops up, so stay tuned.

I have andoid phone for three years. It is good at begining. But now i do not like it. It take a lot ram and system. It is very slow compare to window 7 phone or i phone. I am not take andoid phone any more from now. I am going take nokia window 7 ph...

If Nokia has only 1 crappy phone to sell in the whole world I will buy it. This is how much a of die hard fan I am.