Another member of the Nokia Cseries of no-nonsense phones just leaked. And the photos were published by no other but Nokia itself. Apparently the guys supporting the Dutch website of the company were a bit too eager to publish the details about the handset and forgot that it's still unannounced.

Carrying one of those confusing names that have become Nokia trademark as of late, the C6-01 is a slight upgraded version of the rather popular C6. The new handset brings an 8MP autofocus camera and dual-LED flash, compared to a 5 megapixel snapper with a single LED on the first C6. 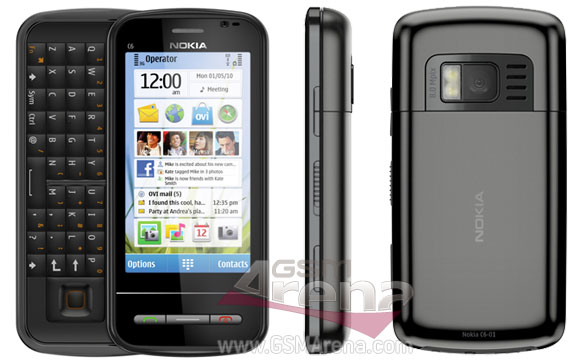 The back panel has also been redesigned, but that's about all the changes that Nokia C6-01 brings. Even the user interface of the C6-01 is Symbian^1, rather than the upcoming Symbian^3.

The Nokia C6-01 will be available in black and white versions and will cost about 280 euro at launch.

Thanks Pradeep for sending this in.