Nokia Mexico has made the Lumia 505 official, after teasing it last week. The exclusive low-end Windows Phone device modeled after the Lumia 510 and is going to launch on Mexico's Telcel network in the upcoming weeks. 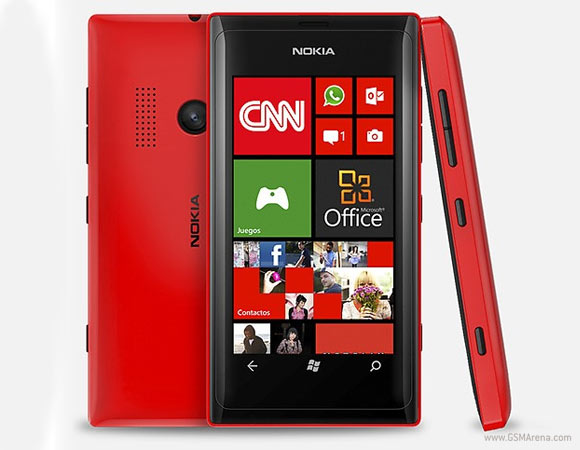 Launching in red, pink or black, the Lumia 505 runs on Windows Phone 7.8 and features a 3.7" AMOLED display and a single-core 800MHz CPU with 256MB of RAM. It's not known whether the display is going to utilize Nokia's ClearBlack technology just yet, but it's still a solid feature in a budget phone.

On the back, there's an 8MP camera, albeit sans Carl Zeiss technology. To keep the price down, Nokia hasn't included a front-facing camera and has reduced the amount of user available storage to 4GB. Sadly, it's not user expandable, but Nokia and Microsoft will throw in 7GB of free SkyDrive storage.

Pricing and exact availability are still to be announced by Telcel, with the Lumia 505 expected to be launched in the coming weeks.

what is the sim size

i m waiting this phone, amazing price in maxico 6999 rs.

Plenty(10+) in our store(Australia). Only one phone has been sold and the customer was window phone app developer. I'm happy to ship out 820 if anyone wants...