Nokia X3-02 spotted in the wild, packs a 2.4-inch touchscreen

Yet another rumored Nokia device leaked. Meet the new Nokia X3-02, a music-oriented feature phone with a 2.4-inch touchscreen. Now that's a strange combination, indeed! But considering the fact that the handset is heading for the Chinese market, things start to make some sense. 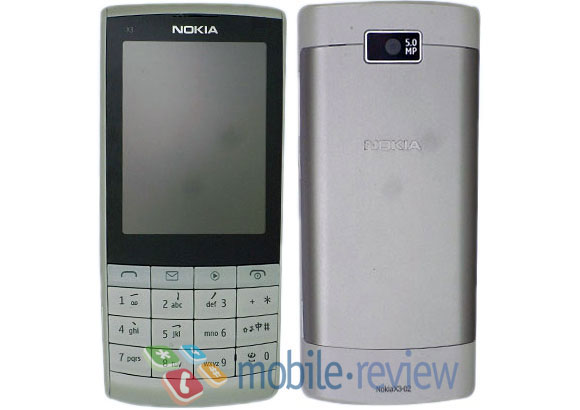 The touch sensitive QVGA display and the unusual keypad design aside, the Nokia X3-02 is actually quite reminiscent of the Nokia X2 which was unveiled several months ago. And despite the similar naming, Nokia X3-02 has very few things in common with the Nokia X3.

The X3-02 sports a 5-megapixel fixed-focus camera, microSD card slot and Bluetooth support. It's also trying to impress the audience with a really slim 9.6mm profile.

The Nokia X3-02 specs sheet continues with handwriting recognition and Wi-Fi connectivity. Unfortunately we have no information regarding a possible announcement (let alone market release) date or suggested pricing.

this phone certainly has Nokia's heritage. nice! going to replace my 5310 with this.

no this not reyal this is china model