Yesterday OnePlus released its 7 Pro new flagship amid huge fanfare. That phone is a huge step for the maker as it aims to compete with the big guys on features rather than by just undercutting the price.

But OnePlus also introduced the OnePlus 7 and a good argument can be made that it's the one to actually better represent the spirit of the OnePlus lineup. Here's why. 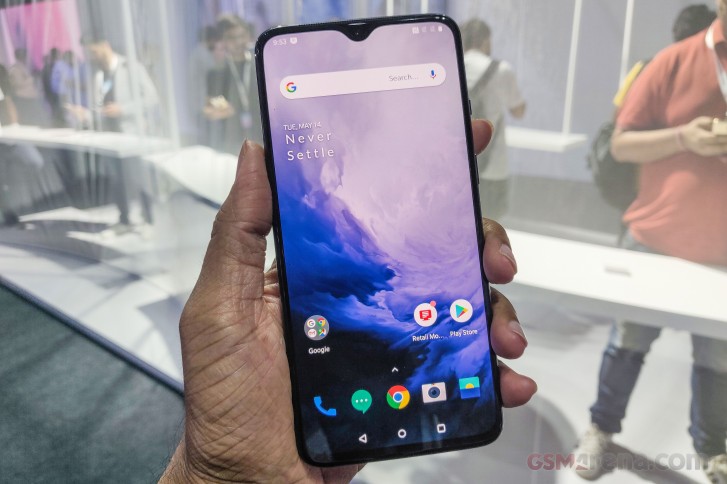 The OnePlus 7 may seem severely watered down compared to the OnePlus 7 Pro, but it really isn't. It makes do with a smaller screen - 6.41-inch compared to 6.67-inch - with a lower resolution and regular 60Hz refresh rate, and a notch. But it's still a superb 1080p AMOLED panel and the smaller diagonal actually allows the the entire phone to be smaller. Make no mistake here, the OnePlus 7 Pro is a huge phone, both taller and heavier than a Samsung Galaxy Note9.

The OnePlus 7 also has a 300mAh smaller battery, but it may end up matching or even beating the OnePlus 7 Pro battery life because of the smaller screen with lower refresh rate.

Yet there's no denying that even with three cameras the bulk of your shots will be done with the main 48MP one. And selfie lovers will be losing nothing as at front sits the same 16MP f/2.0 snapper as on the Pro version. Sure this one is eating into your screen, but at least you don't have to wait for the elevating mechanism every time. 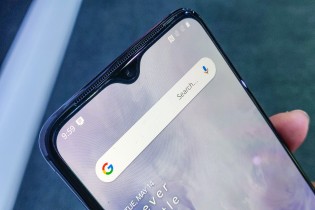 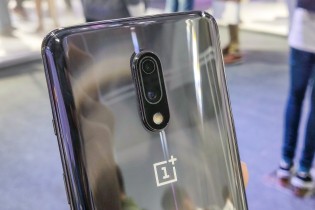 If you are into productivity the OnePlus 7 has the same zippy Snapdragon 855 chipset with either 6GB or 8GB of RAM and UFS 3.0 storage as the 7 Pro. These are, in fact the first two phones with the new gen storage, outdoing the Galaxy S10, Google Pixel 3 and Huawei P30 Pro.

The OnePlus 7 also gets the new, bigger optical fingerprint scanner inside the display. And the stereo speakers, too. 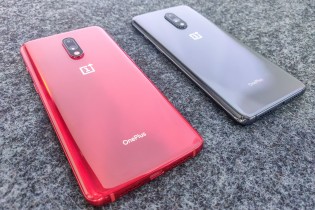 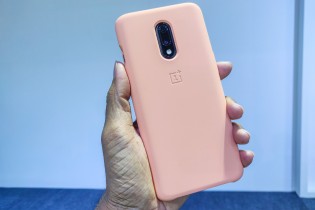 With the specs and price out of the way, the OnePlus 7 feels just like a OnePlus 6T (which will still be available in select markets at a reduced price). That is to say it feels like a premium product at a lower-than-expected price.

Plus, if you handle the OnePlus 7 just after the OnePlus 7 Pro you'd immediately be struck by its lightness. While not a light phone by any stretch, the OnePlus 7 feels like a reasonably-sized device, whereas the 7 Pro is gargantuan. 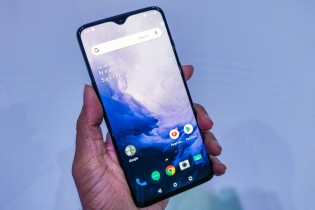 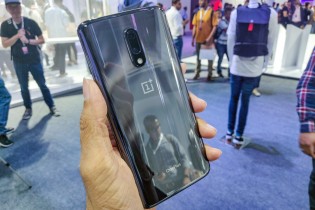 Taking a long look at the premium smartphone landscape we don't see many phones that come close to the OnePlus 7 as a package for that amount of money. You do have the Xiaomi Mi 9 with its more versatile camera but smaller battery and that's about it.

A large part of picking between those two will be deciding if you prefer OxygenOS or MIUI. Well that and the fact that most markets don't have access to both of those phones. 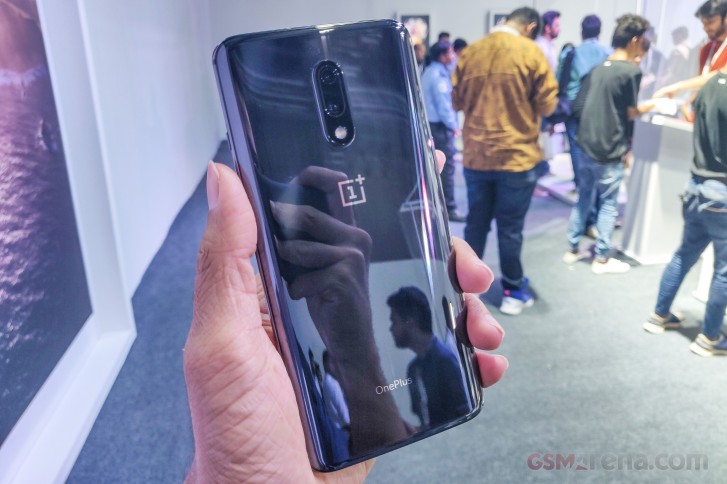 OnePlus did a near impossible stunt here - it made a completely new and innovative phone while still giving enough focus on the staple of the brand - the regular OnePlus phone. We'd say that's job well done.

MUI is the biggest deal breaker after sub par reliability of Xiaomi phones. They are cheap for a reason.

I second this... I really need an in-depth review... Really have no plans on dunking this phone in water any time soon so guess "weather-proofing" is fine by me