The OnePlus 7 and 7 Pro brought two new features to Oxygen OS - these are the baked-in Screen Recorder and Zen Mode features.

Owners of older-generation OnePlus devices wanted these features so much that, in fact, some users side-loaded them to their devices and found that they were half-broken. For instance, the Screen Recorder wasn’t recording sound and notifications still came through when Zen Mode was activated.

We have received some feedback from users who have installed the Screen Recorder and Zen Mode on the OnePlus 5/5T/6/6T. The results turn out to be that when you are using Screen Recorder, there is no sound coming out when you play the game and listen to the music, or that there will still be notification reminders when you are in Zen Mode.

OnePlus acknowledged that owners want to take advantage of these Oxygen OS-exclusive features and confirmed that it would work to add them to the OnePlus 5, 5T, 6, and 6T. It also recommends that customers don’t sideload these apps onto older phones until their firmware is designed to support the features.

We plan to release Screen Recorder and Zen Mode in next week’s open beta build for OnePlus 6/6T. And the software team is also working on the adaptation of these two applications on the OnePlus 5/5T and the stable build.

OnePlus is going to add both features into the next Oxygen OS Open Beta for the OnePlus 6 and 6T so interested users can start taking advantage of them as soon as possible. OnePlus plans to add these to the Beta as soon as next week and is already working to adapt the two features to the next 5 and 5T stable builds.

For those who don’t know: Screen Recorder allows native recording of the contents of the phone’s display without any software overlays so you can record a game session or a how-to video to send to your folks. 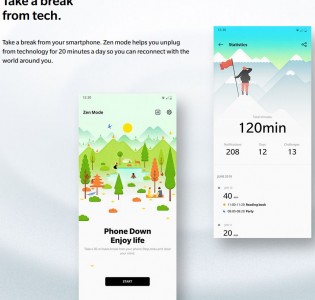 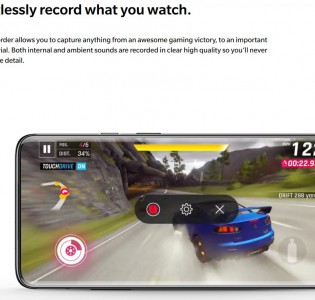 Meanwhile, Zen Mode is OnePlus new take on tech-life balance – it totally blocks all smartphone usage and incoming notifications for 20 minutes. You can’t exit Zen Mode once you start it.

Not too thrilled about these two new features but hey I'm not complaining, I'll try them out on my OnePlus 6T.

Considering the nightsight is reliant on the camera hardware for the pixel binning that the OP6 and earlier versions don't have i would say that's pretty unrealistic to expect it.

There is no sound coming in my oneplus 5 but it's all about screen casting service, video will have pure sound and all floating bublle buttons arr automatically hidded by app this is very impressive oneplus