Two weeks after its first firmware update, the OnePlus 7 Pro is getting a second one which aims to improve the camera performance and fix some ambient display issues. The update will come as Oxygen OS 9.5.4 for the global build and Oxygen OS 9.5.5 for EU variants, but they are essentially the same thing. 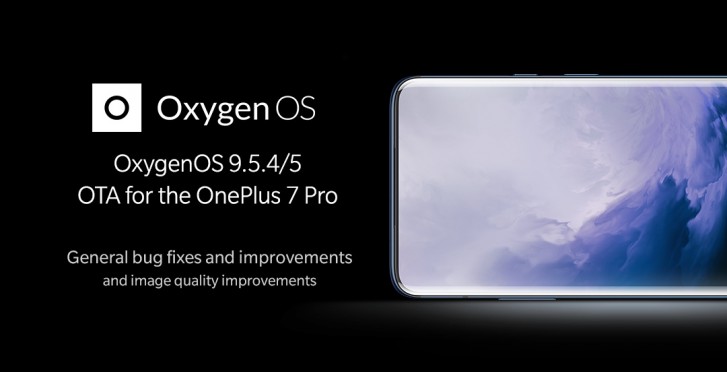 On the system side of things, there are some general bugs fixes and improvements. Bluetooth audio delays are also fixed and double tap to wake functionality is now optimized alongside the Ambient Display functionality.

The camera refinements will bring enhanced image quality when shooting in HDR. Low light performance is also tweaked and OnePlus claims they fixed the white balance and fixed focus issues that some users were reporting. Check out the detailed changelog below.

For now, the update is scheduled in a limited run with a broader release planned in the coming days.

Moon Mode for One Plus 7!