OnePlus is expected to launch the OnePlus 7T and OnePlus 7T Pro anytime soon and the phone allegedly popped up on Geekbench. A device with model number HD1990, rumored to be the 7T, reached a single-core score of 3,983, which is with about 15% higher than the OnePlus 7 Pro results in our review.

However, the multi-core score is 10,943, which is pretty much the same as the current SD855-powered flagship. 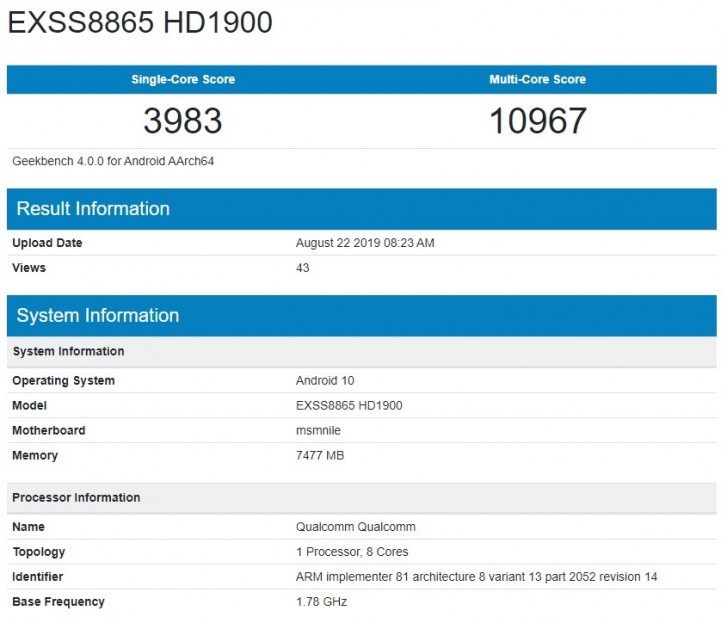 A tipsterfrom China that has already proven his credibility over time, said the device is OnePlus 7T, but the Chinese variant with Hydrogen OS (that’s without Google services). He also revealed the phone will have Snapdragon 855 Plus chipset, and the benchmarked unit comes with 8 GB RAM.

It also says Android 10, but that isn’t a surprise - the predecessor OnePlus 6T also came out of the box with the then-latest Android OS. 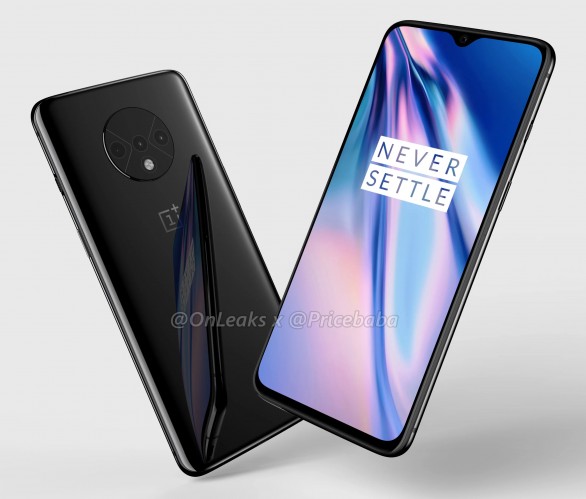 Leaked render of the OnePlus 7T

Other rumored specs include a 90 Hz display with 2K resolution and an OLED panel with a built-in fingerprint scanner underneath. We also expect to see a McLaren Edition, given the partnership between the phone manufacturer and the England-based motorsport team, but the “speedy” variant might be only for the Pro.

Not good for camera form

I don't see that. Those are still selling at the same price they were launched. They do however come up with offers time to time but still I want IP rating and wireless charging. Just hope 7T come up with these features.