The OnePlus 8 Pro is expected to arrive next month, and some of the specs have already leaked. The camera setup was said to be 48MP + 48MP + 8MP + 5MP, but thanks to the Twitter leakster Ishan Agarwal, we know more details about the setup.

The biggest news is the main 48 MP camera will have the latest Sony IMX689 sensor - the same as in the Oppo Find X2 Pro. 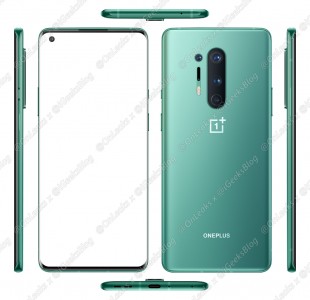 According to Agarwal, the main snapper will come with an f/1.78 aperture, while the second 48MP cam will be an ultrawide-angle snapper with an f/2.2 lens in front.

It will have the Sony IMX586 sensor that was initially in the main cam of the predecessor OnePlus 7T Pro and will provide 120-degree FoV. The 8 MP shooter is a telephoto lens with an f/2.44 aperture, offering 3x optical zoom, so no periscope setups of any sort here.

There is also a fourth camera, which will have 5 MP “color filter” that will assist in some shooting modes. Ishan Agarwal added OnePlus will introduce a new 3-HDR video, more cinematic effects, improved OIS and EIS for good measure.

Oh.. They will be ready alright - with a billion bugs on the release as usual although this time I think the number of bugs will be tripled. Its such a sh*tty business practice to release half-baked software and hardware.. We saw it with the last App...

Now Foxconn says the new apple phones will be ready this fall. so much for our "well" thought comments. Best.

The phone you cherish like the Mona Lisa is assembly kit with parts from Samsung, Qualcomm, etc.