After OnePlus 8, the OnePlus 8 Pro breaks cover with a punch-hole display and quad cameras

It's not even been a month since OnePlus unveiled the 7T and 7T Pro, but we already got our first look at the OnePlus 8, and today we get to see the Pro variant.

As you can see from the renders below, the OnePlus 8 Pro will come with a punch-hole display instead of a notch-less screen that we have on the OnePlus 7 Pro and 7T Pro.

The OnePlus 8 Pro doesn't look all that different from the vanilla 8, but upon closer inspection you can notice the added 3D ToF sensor and supporting camera sensors at the back, as well as a larger earpiece. The top bezel on the OnePlus 8 Pro also appears to be thicker than that of the vanilla 8.

The placement of the buttons, speaker, USB-C port and SIM card slot on the OnePlus 8 Pro is the same as the OnePlus 8, but the smartphone is 0.7mm thicker than the vanilla 8. Not just that, the Pro variant is said to come with a 6.65" screen which is 0.15" larger than OnePlus 8's display.

The screens on both the 8 and 8 Pro will have a refresh rate of 90Hz. That's hardly a surprise since OnePlus last month announced that all its future smartphones will sport 90Hz displays. 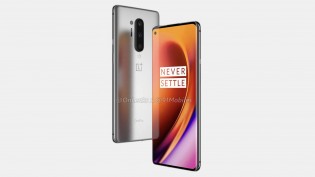 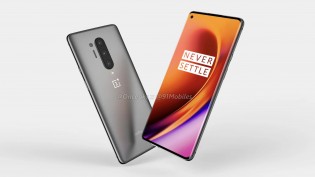 OnePlus launched the 7 and 7 Pro in May this year, and it's likely to unveil the 8 series around the same time next year. Details are scarce about these 2020 OnePlus smartphones, but we should know more about them in the coming weeks or months.

One plus 7 pro is a God phone

Its confirmed I think, One Plus Pro 8 will come with a glorious 120 Hz Display if the latest leaks are to be believed.

The punch hole is a no no for me too. Personally I feel my 7pro is much safer as far as the front facing camera needs to pop out to see the front side, and that's a security feature that lets me know if my front facing cam has given unauthorized acce...