The Bullets Wireless Z are OnePlus' pair of neckband-style Bluetooth wireless earbuds that were launched alongside the OnePlus 8 series. They are a cheaper version of the company's Bullets Wireless 2, with reduced material quality and driver count but in exchange offered a tremendously improved battery life. When I reviewed them a couple of months ago, I called them the best product in their price category. 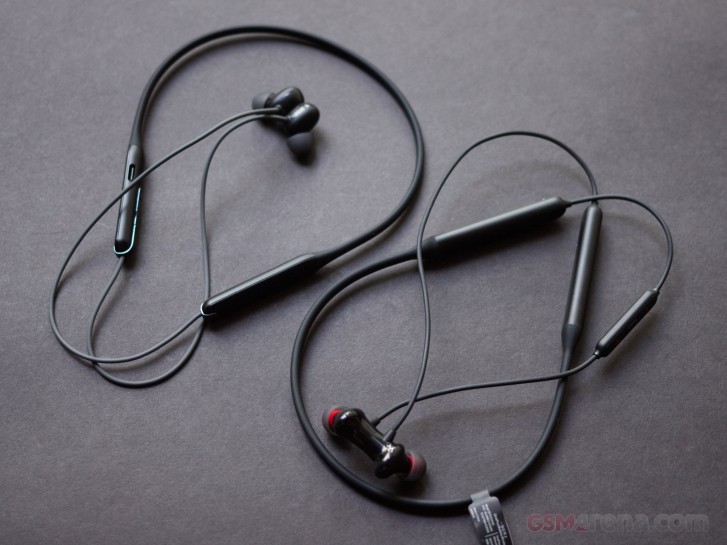 Then last month I reviewed the Oppo Enco M31, and things changed a bit. The M31 have the same form factor as the Bullets Wireless Z but didn't quite promise the same battery life. What they offered instead was an absolutely stellar audio experience, which for the price was literally unheard of from Bluetooth headsets.

So with these two headsets being roughly similarly priced, the question was which one should you go for. Are the Bullets Wireless Z still the best in class or does the audio quality of the Enco M31 allow them to push ahead? Let's find out.

As mentioned before, both the Bullets Wireless Z and the Enco M31 have the same essential form-factor. Both feature a magnetic clasp that holds the two speakers together when hanging by your neck and also switches them off. The Oppo are the lighter of the two by 6g, which is noticeable. 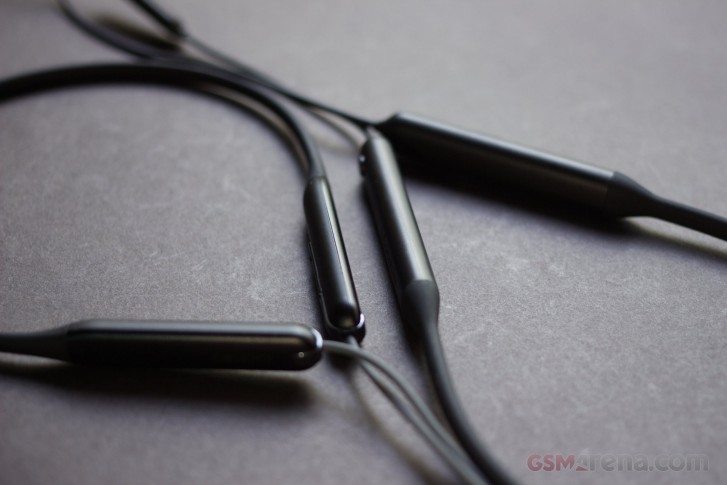 Both pairs of earphones claim ingress protection for water. While OnePlus offers an IP55 rating, Oppo has an IPX5 rating, which is on par as far as water is concerned. 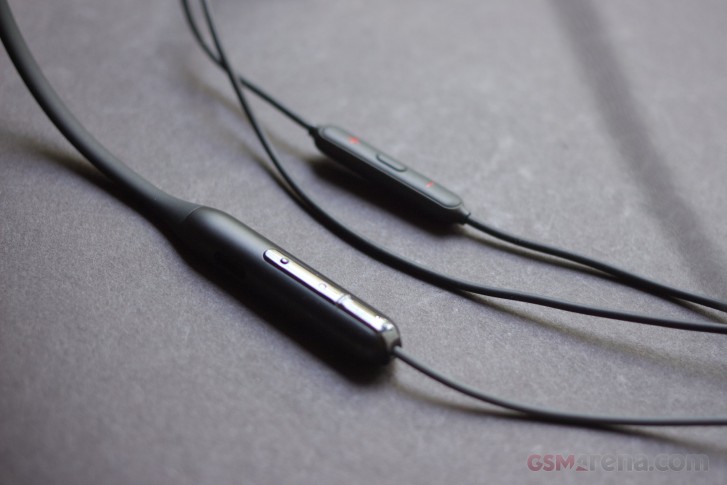 The only annoyance on the Bullets Wireless Z is that the LED on the side is too bright. If you enjoy listening in the dark, the flashing LED makes you feel like an aircraft flying through the night with its strobe lights flashing on the wings. It's bright enough to bother you and anyone sleeping next to you. The Enco M31 has a much more subtle LED that isn't even on outside of pairing and charging modes. 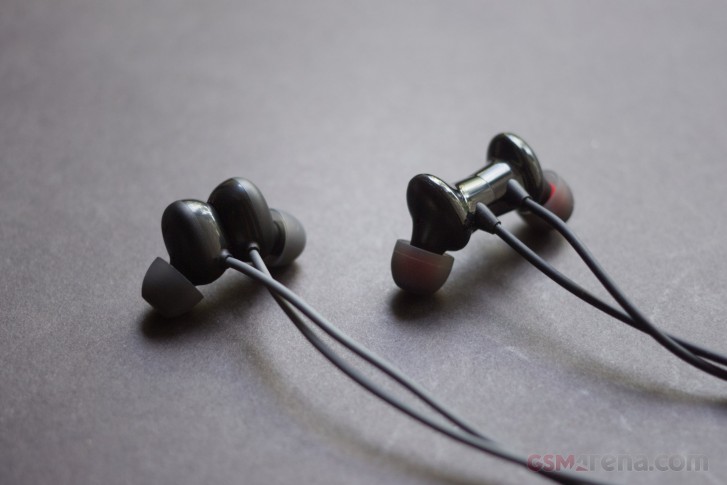 The Bullets Wireless Z have better quality ear tips. They have a plush feel to them and create a fantastic seal. The Enco M31 tips feel more ordinary in comparison but are comfortable nonetheless and also seal well.

Neither of these earphones have a custom app. However, they both offer some additional functionality when paired with their respective brand of smartphones.

The Bullets Wireless Z, for example, will show a pop up on a nearby OnePlus smartphone when in pairing mode. OnePlus also has a dedicated audio preset custom-designed for these earphones. The Enco M31 will also show the pairing pop up on select Oppo phones. This makes pairing easy as long as you have the supported phone, as neither of these have NFC.

Another thing they don't have is multi-device pairing. While both support Bluetooth 5.0, they can be paired to only one device at a time. Both have a mechanism to quickly switch between the current and last paired device. On the Bullets Wireless Z, you double click the pairing button. On the Enco M31, you press and hold the volume +/- buttons for three seconds. 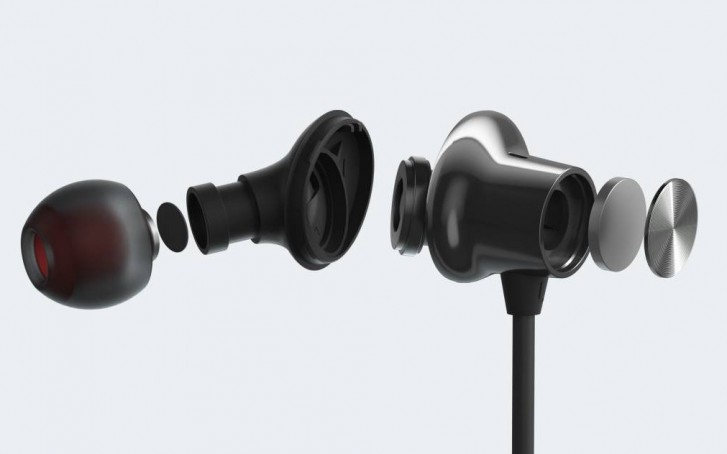 The Bullets Wireless Z also offer a low-latency mode, which claims to reduce latency down to 110ms. This mode only works with select OnePlus phones with the Fnatic Mode enabled. 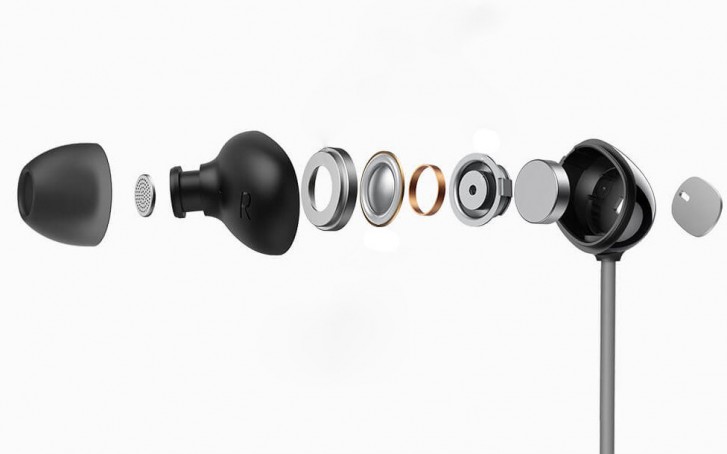 Both employ 9.2mm drivers with the Oppo having a titanium-plated composite diaphragm. The Bullets Wireless Z support SBC and AAC codecs while the Enco M31 also adds LDAC on top of that list. The Enco M31 also has a Hi-Res Audio Wireless certification.

The Enco M31 also include a Bass Mode, which can be activated by double-pressing the multi-function button. This amplifies the low-frequency response for a more bass-heavy sound. The mode cannot be engaged permanently and resets back to Balanced Mode when you switch off the headset.

The Oppo Enco M31 are the better sounding pair of earphones out of the two. They have a balanced, detailed sound with tight, punchy bass response, clean, distinct mid-range, and sparkling highs. The lack of emphasis or suppression of any particular region of the frequency response means the Enco M31 work well across all genres of music and even other types of content such as movies, podcasts, and games.

Once you get used to this type of sound signature, it's difficult to go back to the more pedestrian, bass or treble-heavy sound of other budget earphones. Your earphones are no longer influencing the sound of your content so you can hear it as it was meant to be heard without any coloration. 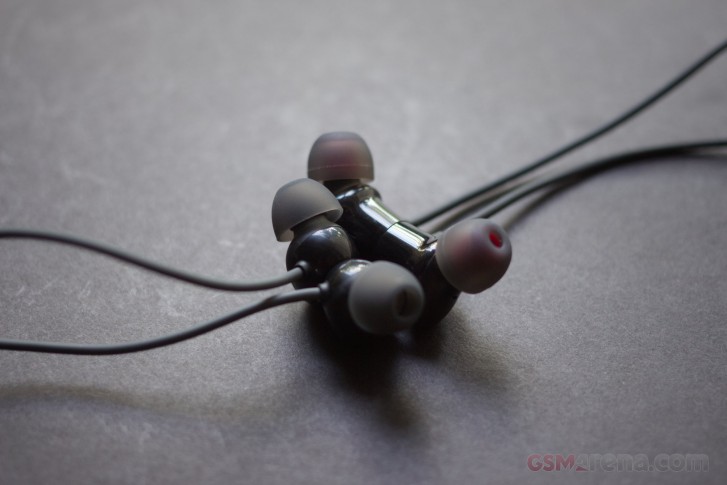 Some people might be tempted to claim this as a victory for the LDAC codec but the Enco M31 sound great regardless of what codec you use. Even when paired with an iPhone, the M31 still sound great, which is a testament to how the audio is tuned rather than any particular codec.

The Bullets Wireless Z clearly play second fiddle as far as the audio quality is concerned. Having said that, they don't sound bad, either. The Bullets Wireless Z have a more bass and treble-heavy sound, which is tuned more for mainstream tastes than accuracy. This is remedied a bit by the custom EQ profile on OnePlus phones, which brings down the low and high end to be more in line with the mids and also widens the soundstage a bit for a more natural sound. But you don't get this EQ on non-OnePlus phones.

Oddly enough, the choice of codec being used on the Bullets Wireless Z does play a role in how it sounds, and its even mode odd when you realize that they sound better with SBC than the default AAC codec. Switching back and forth between AAC and SBC from the Android Bluetooth menu, the SBC option sounded more mid-forward and also louder overall. This is obviously down to how the audio processor on the Bullets Wireless Z processes the two codecs but normally you shouldn't be hearing any difference in the sound signature between the different codecs, which is exactly what's happening here. If you have a non-OnePlus Android phone, I'd recommend disabling the AAC codec from the Bluetooth menu. 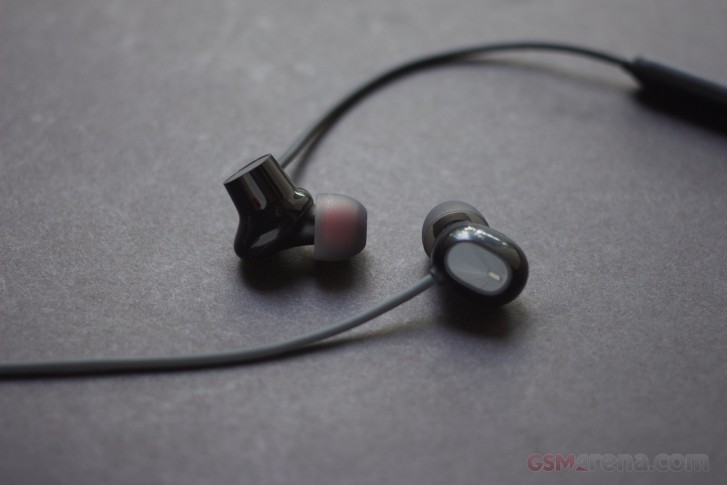 Overall, though, this is an easy victory for the Enco M31 because they have the most accurate sound. Not everyone wants accurate sound but that's not how you test audio gear. All audio tuning should be done on the device, not the speakers, which should be as neutral as possible. Having your speakers decide how your audio sounds is like painting your camera lens to get a color filter.

If you compare the on-paper numbers for battery life, you know the Bullets Wireless Z are going to win this round hands-down. OnePlus claims 20-hours of use on a full charge, with a 10-minute charge giving 10-hours of usage. That's pretty impressive for a neckband-style of earphones, particularly the second figure for a 10-minute charge, which is probably industry-leading. 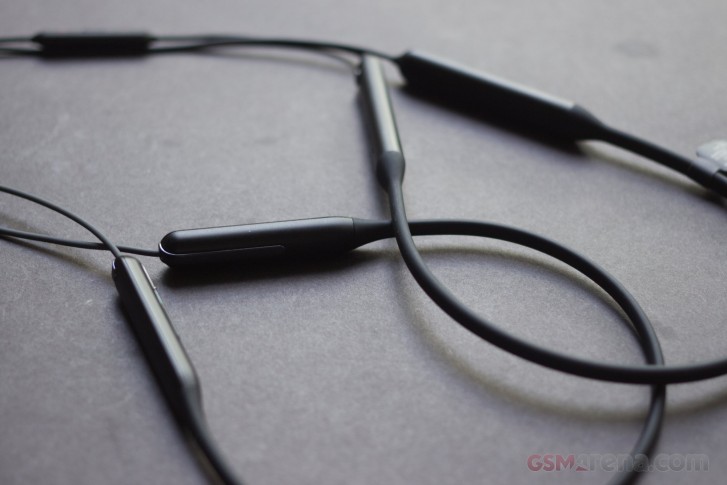 Oppo, meanwhile, claims 12 hours with SBC and 8 hours with LDAC. Also, a 10-minute charge will only provide 3-hours of playback for LDAC.

If you read the individual reviews, you already know the numbers. The Bullets Wireless Z ran for the full 20-hours on a full charge and an impressive 13-hours on a 10-minute charge.

The numbers paint the entire story here. The Bullets Wireless Z are just better in terms of battery life. As someone who has used both, I cannot express how frustrated I am with the Enco M31 battery. To be fair, I use them more often — daily even — because of how good they sound. But that means I am also charging them one day apart while the Bullets Wireless Z would go for 4-5 days easily.

Both charge completely in just under an hour, so that's not an issue, but it's still frustrating to pause what you were listening to or watching because your speakers ran out of electricity. Of course, neither work while charging.

First of all, I would like to mention that it is crazy how affordable both these pairs of earphones are for the kind of performance they offer. While other companies are still robbing customers blind for the convenience of not having to plug their headphones in, OnePlus and Oppo have managed to come up with quality products that don't break the bank. 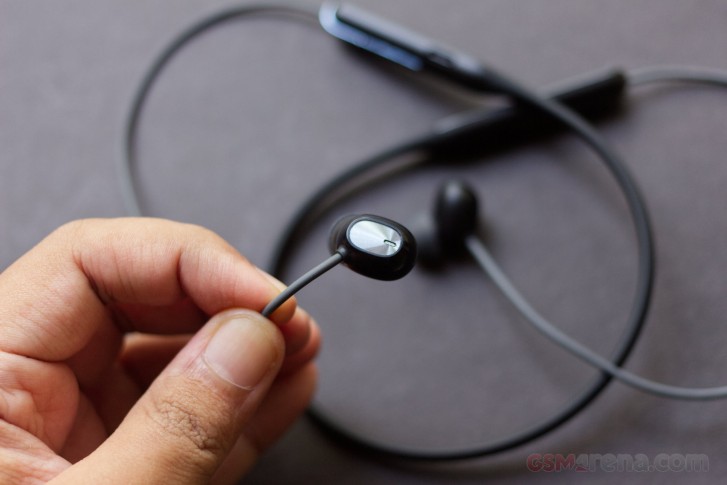 However, some concessions had to be made to achieve this price point, and nowhere is this more evident than on the Oppo Enco M31. While a truly stunning sounding pair of earphones, the M31 are dragged down by disappointing battery life and a low-quality microphone. The battery life, in particular, is disheartening because of how inviting they sound, which makes you want to listen to them more often, only to be told repeatedly that the battery is empty.

The Bullets Wireless Z has no such issue. While not exactly powered perpetually by a secret nuclear reactor, the roughly 3x battery life they enjoy over the Enco M31 means they may as well be. It gives you the confidence of wearing them over long journeys (as and when those become an option again) because you know a single charge will get you across the world. And the 10+ hour usage on a 10-minute charge is just icing on the cake. 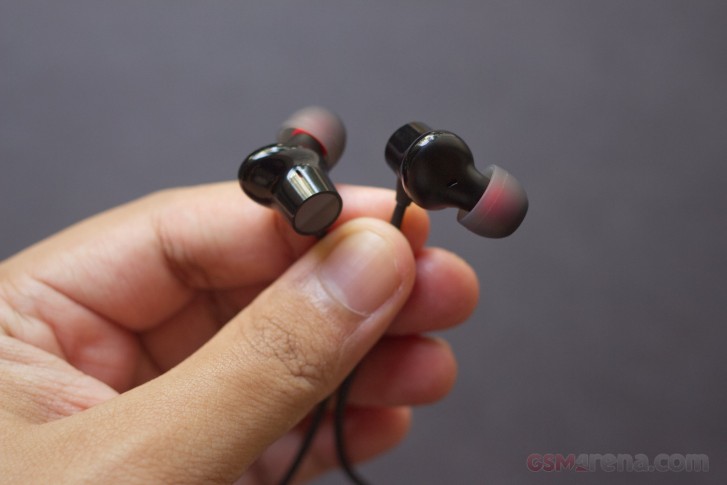 Moreover, the Bullets Wireless Z are also just better made. They look and feel more premium, have more sensible controls, and don't have a mic that makes you sound like you're calling from an underwater cave. The audio quality is not as technically impressive as on the Oppo, but most buyers in this price range may actually prefer the bass-heavy sound of the Bullets Wireless Z.

So for most people, the OnePlus Bullets Wireless Z are just the more sensible choice. But if you're the sort of person who values audio quality over everything else, the Oppo Enco M31 won't disappoint.

I am having oneplus 6 mobile. Please someone suggest me which is good for me oneplus bullets wireless z or oppo enco m31. Because I am really confused after seeing comparison of both. Please someone help.

For calling bullets wireless z is better when outside. Inside the enco has better sound, but has pretty bad noise cancellation in loud environment. By loud I mean even in office it falls apart

Same exact experience. Purchased both of them. Returned the enco. They do sound better than bullets wireless Z, kind of like my 770s but nowhere as refined as the. Still at this price, if someone is going to listen to just music oppos are better. But...