The OnePlus 7 Pro brought many firsts for the company. It was the first phone in the brand’s portfolio to feature a 90Hz curved display, a pop-up selfie cam and UFS 3.0 storage. Alongside the top-notch components, OnePlus also added several nifty additions to its Oxygen OS including a special tool that locks the phone out of its core features for 20 minutes. 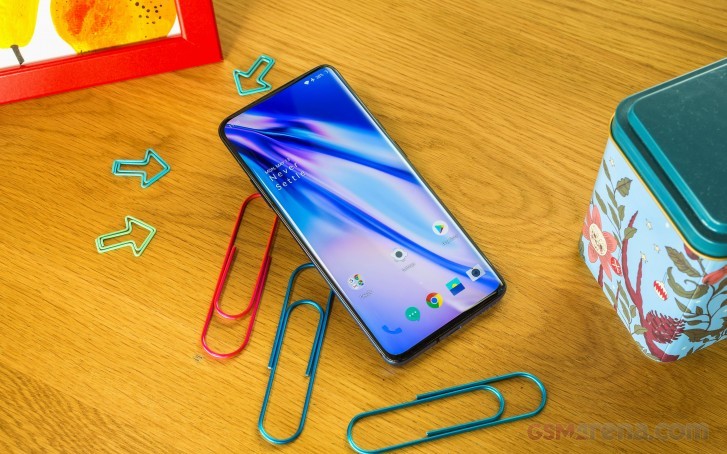 Zen Mode is targeted as a digital detox solution which helps OnePlus users take a break from the overwhelming aspects of their digital lives. The company detailed the whole process of how Zen Mode came to be from concept to reality in a recent post on the OnePlus forums.

The starting point for the OnePlus team was that technology demands too much of the user’s attention. From there the R&D team was encouraged to experiment with different ideas and come up with a solution to the issue at hand. The whole process was heavily involved with feedback from OnePlus users .

We think technology should serve you, not the other way around. Once we began to think about the topic of mindfulness, we closely examined how people were using their devices, and what they were most unhappy about. We don’t want to make a feature for the sake of it, we want to address real-life problems.

The team pondered between having a persistent notification reminder but ultimately decided that developing an app that the user can trigger when they feel like it is the better way to go. The goal was always to put the consumer in control of the experience. After that, OnePlus began developing the Zen Mode app with close feedback from OnePlus users. The team wanted to bring a simple and straightforward interface and the OnePlus users suggested that they should have control of what is muted.

Then OnePlus had to figure out the timing component. The company says it took a real-life approach instead of basing its decision on scientific studies and saw that 20-minute breaks would be the perfect time frame for most users. The R&D team also decided to throw in supportive messages as the timer winds down to help keep users encouraged.

Deciding which features to leave on during Zen Mode was fairly simple as users need to have the ability to make calls in case of an emergency. The camera was also added so that users can still catch exciting shots during outdoor strolls.

OnePlus says that ZenMode is still a work in progress and that it plans to make the app more flexible heading forward including experimenting with the timer. The Oxygen OS team is also working on bringing the app to older devices like the OnePlus 5 in a bid to help more of its users enjoy life outside of online distractions.

Absolutely useless! You are seriously addicted if you need "zen" mode to take a break from the digital life. And moreover, you can always use the Silent mode, DND or even turn-off the cellphone for a while than using the Zen mode. If one cannot do a...

Completely useless feature, if you need Zen mode, you obviously need help, I mean if you cant stop using your phone, Zen mode will not help you