The OnePlus Nord CE 5G is the new mid-range killer or that's at least how OnePlus markets the handset. And it's probably not too far off from the truth. The Nord CE isn't a successor to the original Nord but more of a toned-down version of the latter, hence the name CE, which stands for "Core Edition". The phone keeps some of the core specs the original Nord brought, including the design, which is almost indistinguishable from the first Nord. So instead of replacing it, it's meant to co-exist with last year's Nord.

At around the €300 mark, the phone does face fierce competition from left and right, but it also seems to be well-equipped for the job too. It has a bright, 90Hz OLED display, a competent Snapdragon 750G, which is only a small step down from the Snapdragon 765G-powered vanilla OnePlus Nord. The base version also arrives with 128GB internal storage.

One of the key selling points is probably the portability of the Nord CE. With a 6.43-inch display, the phone is on the compact side, with a profile of less than 8mm and a weight of just 170g.

OnePlus was able to cram up a respectable 4,500 mAh battery inside the phone, which is even a step up from the first Nord, while retaining the 30W fast charging called Warp Charge 30T Plus. 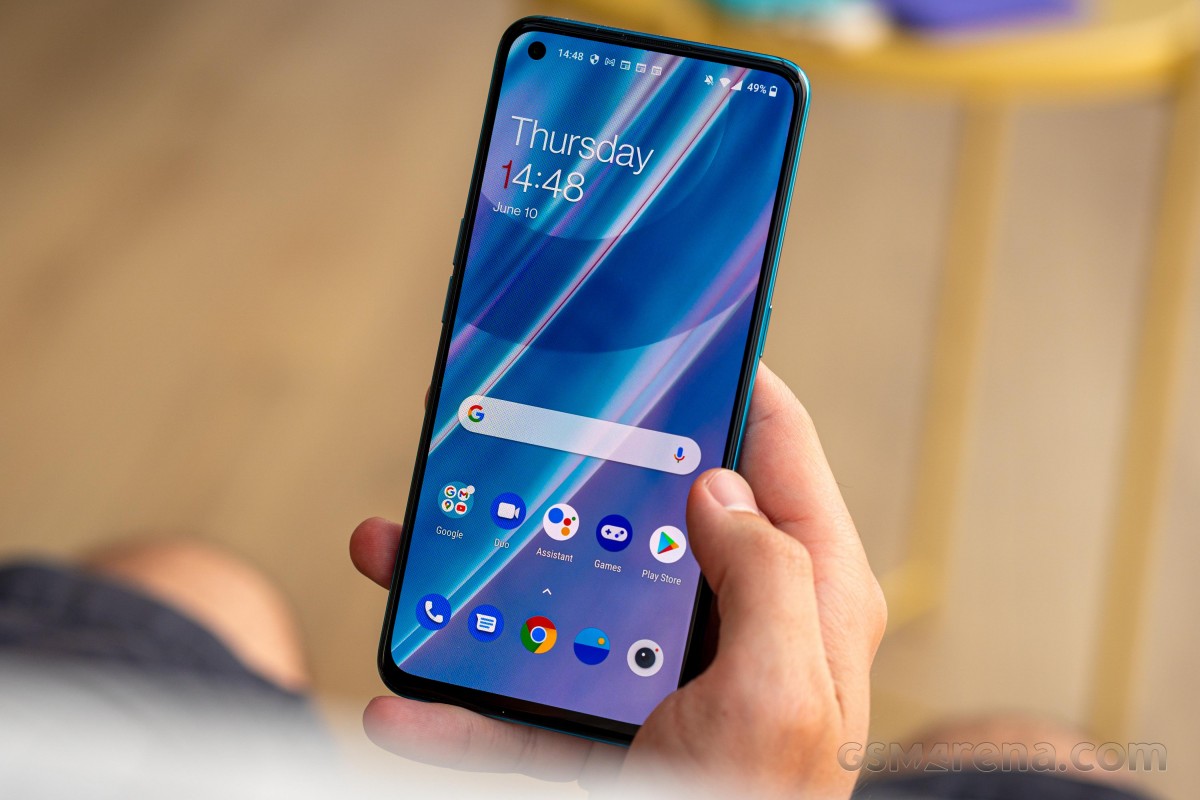 As far as cameras are concerned, the Nord CE has a 64MP main camera and a secondary 8MP ultrawide. The third camera on the back is used only for depth information - there's no dedicated macro unit. We can't really complain, though, as macro cameras don't bring extra value to the camera setups, especially at this price range.

So is the Nord CE 5G a mid-range killer? We try to find out in the following pages, but one thing is for sure, even by just assessing the specs sheet - the device is a well-rounded product with nothing missing from the list of essentials.

The phone comes in a fairly standard retail box containing the usual user manuals, a 30W-rated charger, USB-A to USB-C cable and a transparent case. 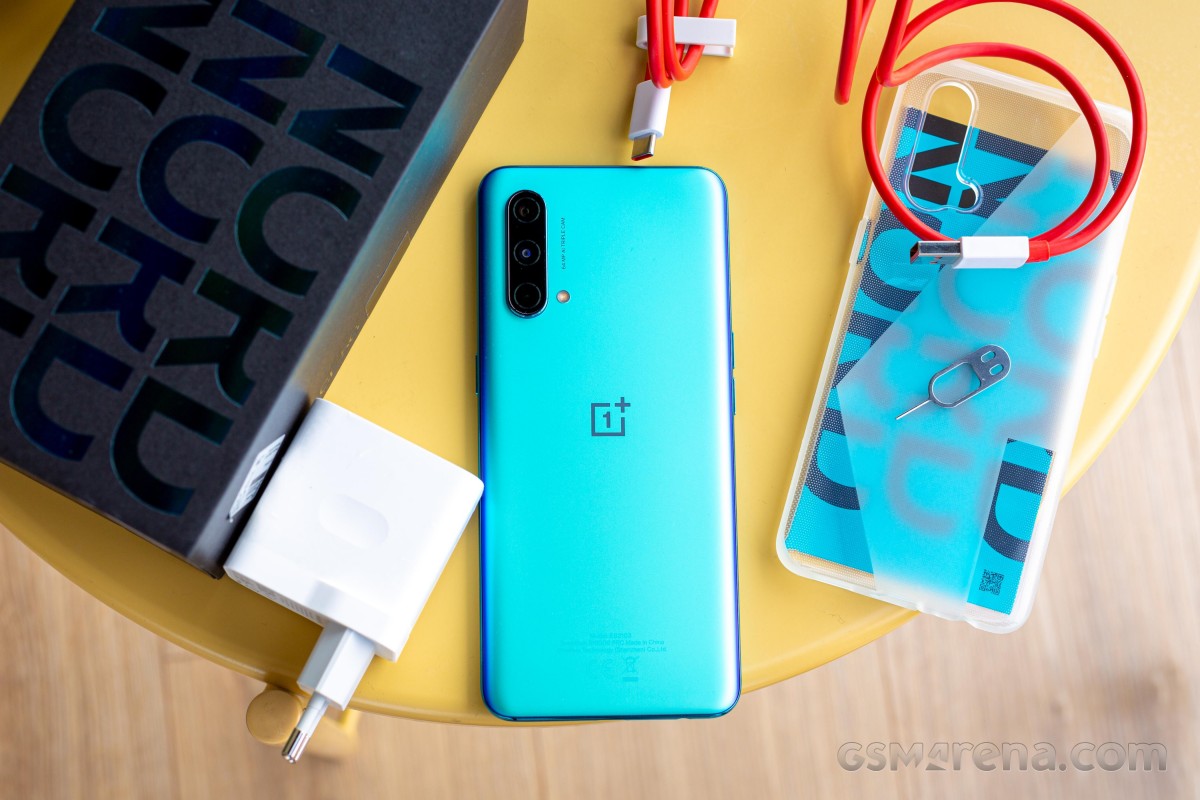 Our review unit came with a set of bumper cases from OnePlus itself. They are all made of soft-touch silicone and some small, dust-like golden particles stand out. It's needless to say that they fit perfectly too. 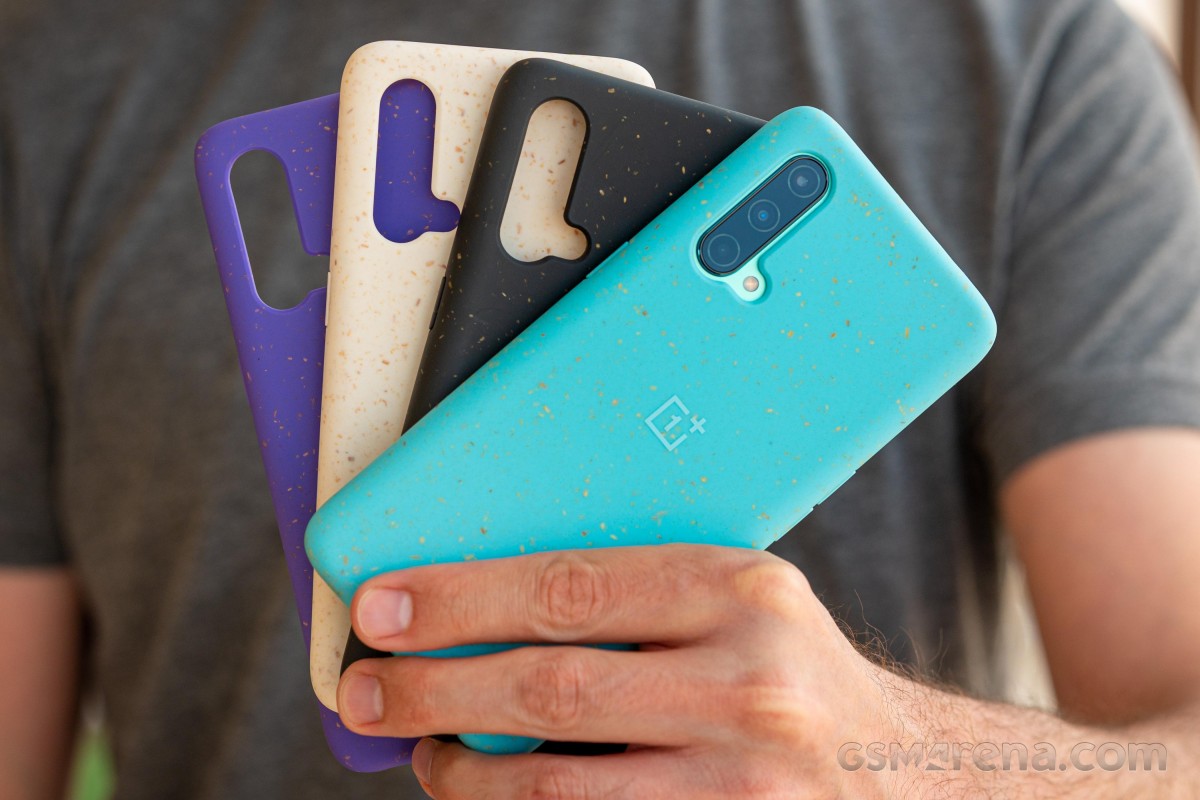 We would have appreciated a more clean design at least for some of the cases, though, as we even had a debate at the office whether these golden chunks on the back of the case are a nice touch or too much.

Phone overheats a lot when using hotspot. The video recording while moving is also shockingly bad, resulting in extreme shakiness. Even delicate footsteps end up looking like an earthquake. Would not recommend.

Overheating a lot. Using it as a hotspot quite often and if I do something else on the phone meanwhile, it turns the hotspot off... First and last time for OnePlus.