Oppo introduced the F17 Pro last September, and it will soon follow up with the F19 Pro with the company's India CMO teasing the F19 Pro and Pro+ 5G yesterday. While Oppo hasn't detailed the F19 lineup's specs yet, Indian e-commerce giant Flipkart has revealed the Pro model will be launched in India on March 8 at 7PM local time (1:30PM UTC).

Under the "Upcoming Launches" section on its app and mobile website, Flipkart has added a banner confirming F19 Pro's launch date and design. The smartphone packs a punch hole display and sports a quad camera setup on the back. It will also come with the AI Color Portrait Video feature. 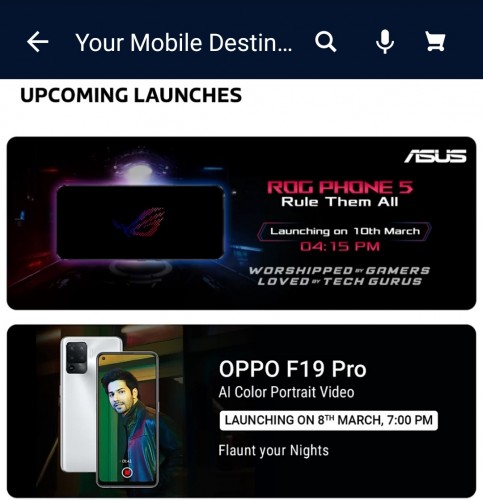 Anyway, since the promo campaign for the F19 series has kicked off, you can expect to hear more about the lineup in the days leading to the official announcement.

It's Amazon and not flipkart who has revealed the specs 🧐😎