The Lamborghini edition comes in a specially designed box with a fine-patterned weave printed on it and golden Oppo and Lamborghini logos on top. The box is also larger than the regular Find X's, but then it also needs to fit more stuff. 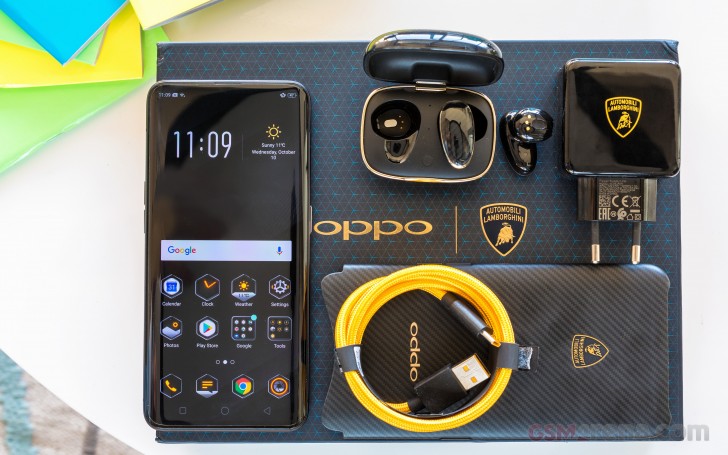 Phone aside, the package contains the mighty 50-watt SuperVOOC charger - naturally, black with a golden Lamborghini logo on one side. There's a super nice braided USB cable to go with the SuperVOOC power brick too.

A pair of Oppo O-Free wireless earbuds have also made it into the box. They're not in one of the regular colors (Bordeaux Red and Ice Blue), but have golden Lambo accents to match the rest of the bundle. Same goes for the earbuds' charging case that also gets a Lambo logo. The case itself charges via USB-C like the phone so you don't need to worry about having a separate cable for it. 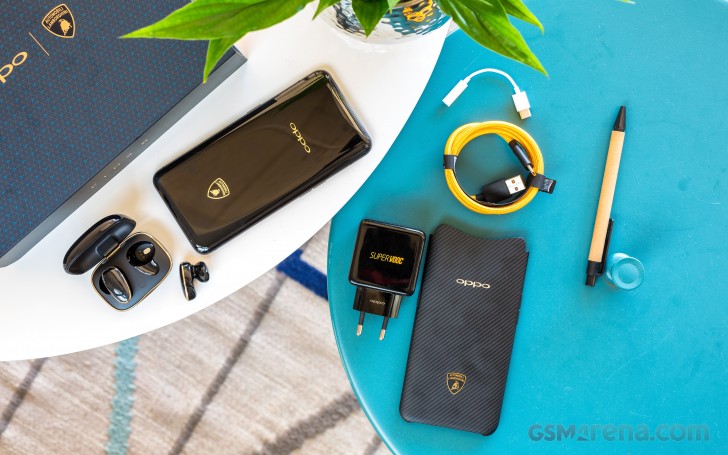 Now, the Find X isn't a particularly rugged phone, and the Lamborghini Edition comes with a slip-on back cover to help at least a little with that. It covers the sides and bottom corners too, but can't do much about the top - the motorized camera assembly can't be contained.

Well, the phone is a Find X alright. Its all-display front and apparent lack of cameras on either side make for a striking impression before you even get to the Lamborghini bits. 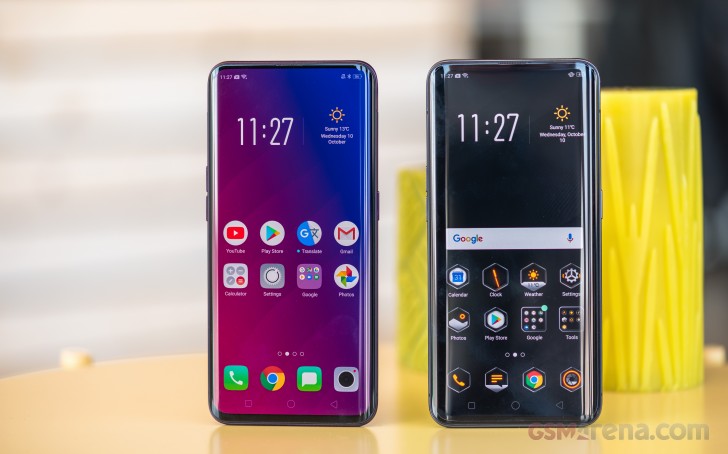 Next to the vanilla Find X

It's the back that is different from any other Find X. Where the regular version can be had in either Bordeaux Red or Glacier Blue, both of them attractive in their own right, the Lamborghini Edition's back has a fine carbon fiber texture underneath the glass. Because what says sports car more loudly than a carbon fiber mesh. 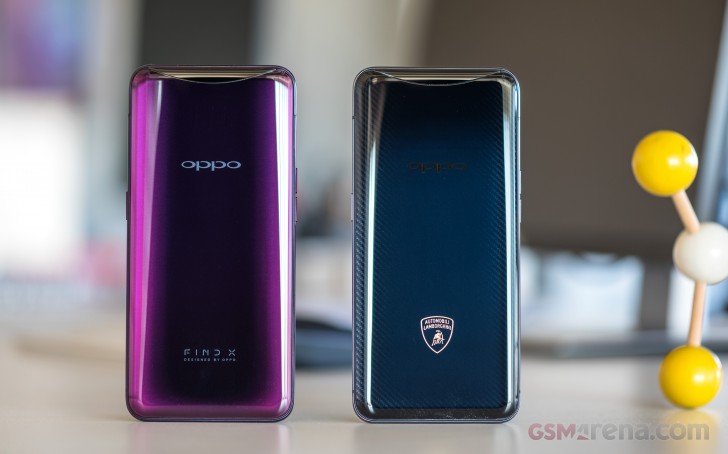 A golden Automobili Lamborghini badge, that's what. The shield logo, complete with the raging bull, graces the phone's lower back. You'll be covering that up when talking on the phone, and in those cases only the less intimidating (but still golden) Oppo logo up top will give out the phone's pedigree. 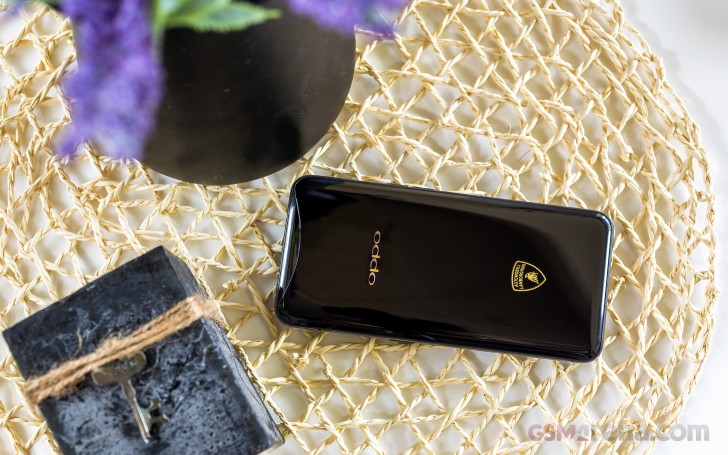 Now, just because you have money to spare on a Lambo Edition Find X, doesn't mean you wouldn't want to protect it. But then you'd still want to show it off, and that's where the included case comes in.

It's made of plastic but it mimics carbon fiber too, and it has the Lamborghini and Oppo logos where you'd expect them. Due to the Find X's unique slide-out camera assembly, the case can't cover the top, but the glass back and the sides are safe. The bottom corners are covered too, so the case just might save the phone in the event of a drop, just drop it the right way.

Us being the bitter tech reviewers that we are, we have to point out we're not particularly thrilled about the case. Setting aside the fact that it robs the phone from its premium looks, it also hinders usability - the buttons become too hard to press and lose the positive click they have without the case. 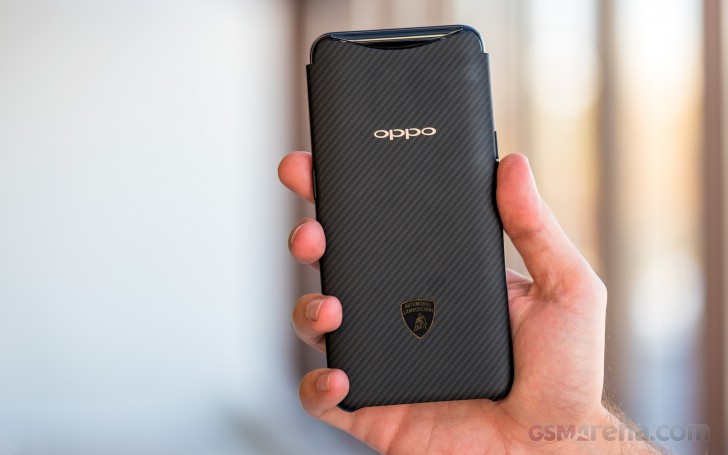 Otherwise, this being essentially a Find X, the buttons are well positioned in what is perhaps the best arrangement - power button on the right, volume buttons on the left. Up top, there's the secondary mic and the ambient light sensor, while the bottom houses the primary mic, loudspeaker, dual nano SIM slot, and the USB-C port. It's no ordinary USB-C, though - more on SuperVOOC on the next page.