We have been hearing about 5G networks since the summer of 2014, but eventually Qualcomm announced their partnership with more than a dozen of OEMs to deliver 5G smartphones by 2019. One of the partners Oppo has reached experimental 5G speeds on a modified retail unit of the Oppo R15 phone, Chinese sources said. 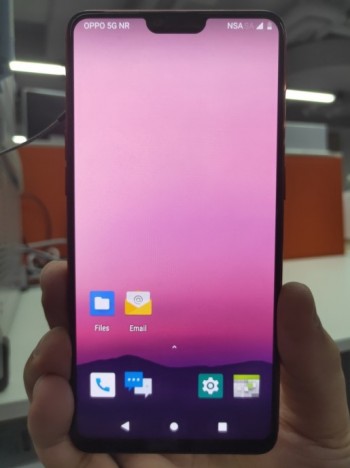 The test was based on the 3GPP Release 15 NSA standard with the 10 MHz bandwidth of 4G LTE Band 5 and the 20 MHz bandwidth of 5G NR n78 band. The modem was the Qualcomm X50 platform that was introduced back in February 2018.

Liu Chang, President of Oppo Research Institute, said to MyDrivers that the test lays the foundations for a commercial release of a 5G-ready device that should arrive in 2019. This doubles on the information from the Oppo R17 announcement from the company marketing director that it might be among the first to introduce 5G smartphones.